THE DISCIPLINE OF ACTION 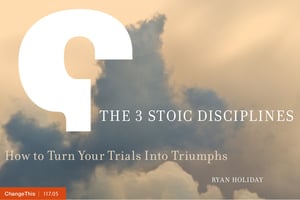 The steps begin with how we look at our specific problems, our attitude or approach; then the energy and creativity with which we actively break them down and turn them into opportunities; finally, the cultivation and maintenance of an inner will that allows us to handle defeat and difficulty.

It’s three interdependent, interconnected, and fluidly contingent disciplines: Perception, Action, and the Will.

We’ve shared the bookends of these disciplines in previous blogs.

Holiday offers his definition, “Action is commonplace, right action is not. As a discipline, it’s not any kind of action that will do, but directed action. Everything must be done in the service of the whole. Step by step, action by action, we’ll dismantle the obstacles in front of us. With persistence and flexibility, we’ll act in the best interest of our goals. Action requires courage, not brashness—creative application and not brute force. Our movements and decisions define us: We must be sure to act with deliberation, boldness, and persistence. Those are the attributes of right and effective action. Nothing else—not thinking or evasion or aid from others. Action is the solution and the cure to our predicaments.”

In eleven concise chapters Holiday shares the principle of action with powerful stories.  These disciplines are critical to succeeding in business and your personal life.  Get the book and begin your journey.

“Nothing is easier than self-deceit. For what each man wishes, that he also believes to be true.” ~ Demosthenes

No story is more powerful than the story of Demosthenes, a Greek statesman and orator of ancient Athens. Recognized as the greatest of ancient Greek orators, Demosthenes roused Athens to oppose Philip of Macedon and, later, his son Alexander the Great.

Holiday points out, Demosthenes life didn’t start well.  Born sickly and frail with a debilitating speech impediment, at seven, he lost his father.

Things got worse. He lost his large inheritance to the people who were supposed to protect him. Weak and sick, Demosthenes was unable to perform in athletics.  He was effeminate, awkward, a child no one understood.

Demosthenes, disadvantaged by nature, abandoned by people he’d depended upon,  did not give up. Most of us would have.

Demosthenes young mind held the image of a great orator.  He’d witnessed one speaking at the court at Athens. It inspired and challenged him. In many ways, this strong, confident speaker was the opposite of Demosthenes.

Demosthenes did something about it. He took action. 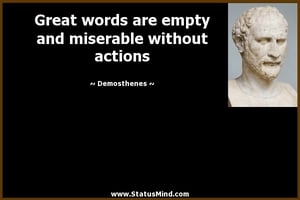 He devised his own strange exercises, filling his mouth with pebbles to practice speaking, rehearsing speeches into the wind or running up steep inclines. Soon, his quiet, weak voice erupted with booming, powerful clarity.

To ensure not to indulge in outside distractions, he shaved half his head so he’d be too embarrassed to go outside. Routinely, each day in his study, he worked on his voice, his facial expressions, and his arguments.. Every moment he spent outside his study, every conversation, every transaction, he made into an opportunity to improve his art.

Aimed at one goal: to face his enemies in court and win back what had been taken from him. Which he did. When he came of age, he finally filed suits against the negligent guardians who had wronged him. Evading his efforts, they hired lawyers, still he refused to stop. He matched them suit for suit, delivering countless speeches. With it came confidence in his new strengths. Demosthenes eventually won.

Only a fraction of his original inheritance remained. The money became secondary though. Demosthenes’s reputation as an orator, ability to command a crowd and his peerless knowledge of the intricacies of the law, grew to be worth more than whatever remained of a once-great fortune.

Struggling through his unfortunate fate, Demosthenes found his true calling: He would be the voice of Athens, its great speaker and conscience.

Just as Abraham Lincoln did as president during the Civil War, Demosthenes success is precisely because of what he’d been through and how he reacted to it. Channeling his rage and pain into training, then his speeches, Demosthenes fueled a fierceness and power that could be neither matched nor resisted.

When asked what the three most important traits of speechmaking were, Demosthenes replied: “Action, Action, Action!” 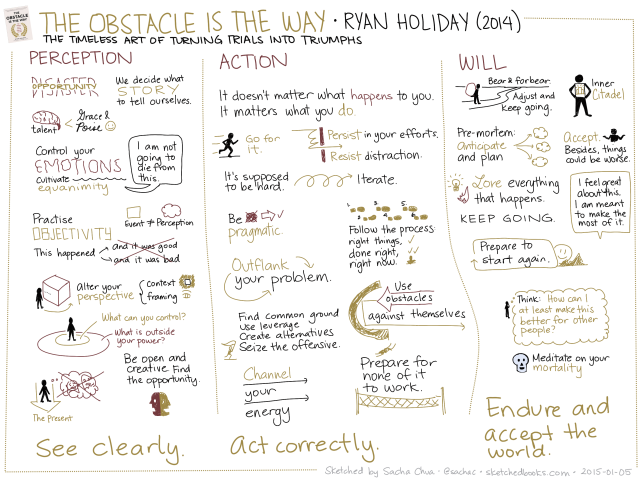 Positioning Systems helps mid-sized ($5M - $250M) business Scale-UP. We help you align everyone in your business to focus on Your One Thing!  To achieve growth, you need to evolve in today’s rapidly changing economic environment.  Are you avoiding a conversation with yourself on how to can successfully grow your business? Contact dwick@positioningsystems.com to Scale Up your business! Take our Four Decisions Needs Assessment to discover how your business measures against other Scaled Up companies. We’ll contact you. 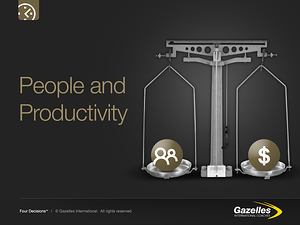 At a Men’s group meeting Friday, a member of our group revealed a good friend had been let go of his leadership position at Sports World.  It reminded me what I learned as an E-Myth coach, which crystalized as a Gazelles’ Scaling Up Coach.  In your business you need to balance People/Relationships with Productivity/Process.  Is your leadership team, your business, and you as a leader, aware of the necessity of balance between these Business Drivers?  Insights next blog.