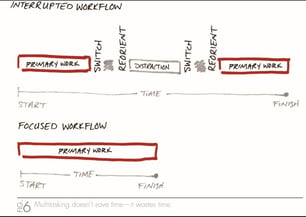 For the next 12 days I’m traveling to visit my customers for Annual and First Quarter Planning. For my customers and myself, determining the One Thing for the Year and next quarter is critical to making the start and 2018 a great year.  I don’t have any statistical evidence to support this, however I believe this time a year most of us are in the midst of having too much to do. The holidays do that!  It’s more likely you’ll be attempting to multitask to get more done.  DON’T.  This is a repeat of a blog I wrote two years ago in December.  My hope is to do a follow up for Monday if time permits with more data from the problems with Multitasking.  In the meantime, please read this.  Please think twice before you multitask.  Science has shown driving while talking on your phone places your skill at the level of a drunk driver.  It’s why we ask our children, especially our teenagers not to drive and use their phone, speaking or texting.  Eliminate Multitasking and you’ll get much more done this holiday season! 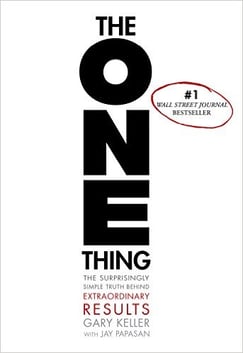 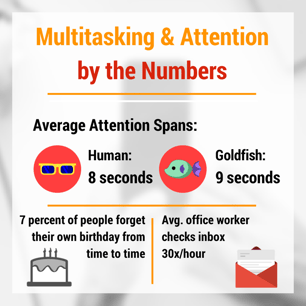 As a Gazelles Coach, Positioning Systems’ Strategic Discipline make us experts helping mid-sized($5M - $250M) business Scale-UP. We’ll help you discover your business’ One Thing!  Are you avoiding a conversation with yourself on how you can grow your business? Contact dwick@positioningsystems.com for expert help to Scale Up your business!  Or take our Four Decisions Needs Assessment to discover how your business measures against other Scaled Up companies. We’ll contact you.

Next Blog – Multitasking Reduces Your Productivity

Henry David Thoreau said, “It’s not enough to be busy, so are the ants. The question is, what are we busy about?”  Researchers estimate we lose 28 percent of an average workday to multitasking ineffectiveness. We’ll share why this is and how you can prevent it next blog.

Topics: productivity, Multi-tasking, The One Thing