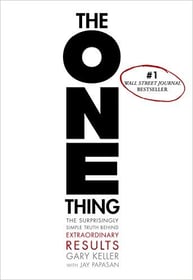 We’re going to move on to the 3rd lie next blog.  My signature on my emails included this quote from Jim Collins, Good to Great, “A culture of discipline is not a principle of business; it is a principle of greatness.”

I’m a big believer in DISCIPLINE.  Join me next blog as we explore Leo Babauta’s quote, “It’s one of the most prevalent myths of our culture: self-discipline.”