Doing nothing goes against our natures.

If you’re an entrepreneur, a leader, business owner or manager you have developed a bias for action.

When COVID19 hit most of us leaped into action. Do something, anything, no matter what. Anything felt better than being paralyzed by fear/inaction.

In most cases nothing was all you could do.

Most of us would find Ryan Holiday’s book Stillness Is the Key contrary to any theme we follow.

Saying No is part of Body. It’s contains moment when in action and saying NO are valuable.

We’ve shared the story of the Roman Empire against Hannibal in a different context in: Pattern Recognition- WAR – How OUTTHINKERS Topple Thinkers.

Holiday shares the strategy the Romans used to finally dispose of Hannibal, but not without disagreement and heavy losses by the Romans. 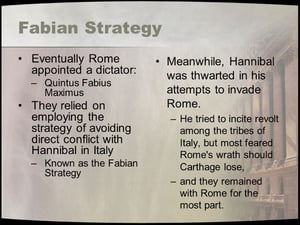 When Fabius was dispatched to lead the Roman legions against Hannibal, he did nothing. He did not attack. Most saw this as a sign of weakness. Most of Rome did and yet, it was part of Fabius’s strategy. Fabius realized Hannibal was far from his home, losing men to the elements and could not replace them. If Rome could hold out, not engage in costly battles, Rome would win.

The citizens and senate of Rome couldn’t handle Fabiaus’ deliberate restraint. While Fabius attended a religious ceremony, they pressured his commander Minucius to attack. Minucius ran into a trap. Fabius rescued him. Yet, Minucius was hailed the hero for doing something, while Fabius was labeled a coward for holding himself back. The Roman assemblies voted to abandon his “Fabian strategy” in favor of greater aggression and more action. 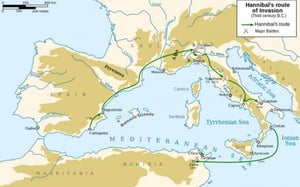 Only after the bloodbath at the Battle of Cannae, the Romans losing almost their entire army in a horrific rout with Hannibal, did people understand Fabius’s wisdom. What looked like an excess of caution was brilliant strategy: buying time and giving his opponent a chance to destroy himself. Finally, Rome listened to him.

Great Romans are given honorific titles highlighting great victories in foreign lands, Fabius was given the title Fabius Cunctator. The Delayer.

Is there time when delaying a decision made sense? When you doing nothing led you to victory? When might you use this strategy instead of rushing in boldly to act?

Swinging for the fences is how you make a name for yourself in baseball. Showing your power as a home run hitter gets you noticed.

Holiday shares Dr. Jonathan Fader, an elite sports psychologist with the New York Mets, belief on this being problematic for rookie players in the majors. They build their reputations on swinging at every pitch they thought they could hit. Facing the best pitchers in the world, aggression is a weakness, not a strength. They’re up in front of millions of people, paid millions of dollars, mostly not to swing the bat. Now they should be waiting for the perfect pitch. 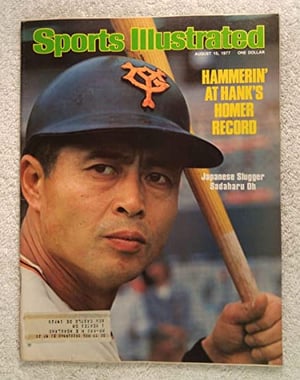 Sadaharu Oh, the greatest home run hitter ever, learned in batting exercises designed by his Zen master and hitting coach, Hiroshi Arakawa, the power of waiting, the power of precision, the power of the void. It’s what makes for a real pro. Holiday shares, “A truly great hitter—not just a swinger—needs quick hands and powerful hips, to be sure, but they must also possess the power of wu wei, or nonaction.”

Wu wei is the ability to hold the bat back, waiting until the batter sees the perfect pitch. It is the yogi in meditation. They’re physically still, so that they can be active on a mental and spiritual level.

Holiday points out this was John Kennedy during the Cuban Missile Crisis. It seemed like he wasn’t doing enough—he wasn’t rushing to destroy his opponent—but he was rightly carving out the space and time to think, and time and space for the Russians to do the same thing. Ironically practicing wu wei was precisely what Tiger Woods lost the ability to do as his work and sex addictions took control.

Wu Wei is a disciplined action. You don’t solve a maze by rushing through. You must stop and think. You must walk slowly and carefully, reining in your energy—otherwise you’ll get hopelessly lost.

The same is true for the problems we face in life. The green light is a powerful symbol in our culture.

Most business fail for lack of discipline. It’s why structure and process are so critical.

Strategic Discipline develops the Habits for business success. Contact us today to schedule an exploratory meeting.

Positioning Systems helps mid-sized ($5M - $250M) business Scale-UP. We align your business to focus on Contact dwick@positioningsystems.com to Scale Up your business! Take our Four Decisions Needs Assessment to discover how your business measures against other Scaled Up companies. We’ll contact you.

NEXT BLOG – TAKE A WALK

Stress and difficulty knock us down. We sit at our computers, become overwhelmed with information, emails, one thing after another. Should we just sit there and absorb it? No. We should get walking. At the end of my workday I take a 2-3 mile walk. We’ll share Holidays insights on walking’s value next blog.