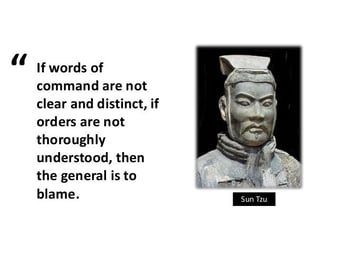 “Terror is the ultimate way to paralyze a people’s will to resist and destroy their ability to plan a strategic response. Such power is gained through sporadic acts of violence that create a constant feeling of threat, incubating a fear that spreads throughout the public sphere. The goal in a terror campaign is not battlefield victory but causing maximum chaos and provoking the other side into desperate overreaction. Melting invisibly into the population, tailoring their actions for the mass media, the strategists of terror create the illusion that they are everywhere and therefore that they are far more powerful than they really are. It is a war of nerves. The victims of terror must not succumb to fear or even anger; to plot the most effective counterstrategy, they must stay balanced. In the face of a terror campaign, one’s rationality is the last line of defense.” ~ 33 Strategies of War, Robert Greene

Robert Greene begins Chapter 33, THE CHAIN-REACTION STRATEGY with this. Terrorism, he shares, began in present-day Iran in the 11th century AD where a small secret band of Ismailis under the leadership of Hasan-i-Sabah began isolated and random terror assassinations of key leaders to instill fear in the empire of Sultan Malik Shah.

After many assassinations and the sultan finding a dagger on the floor of his bedroom, the Sultan called off a campaign to destroy Hasan to make peace with him. The term assassins come from their heretical devotion and lack of fear in carrying out their killings. 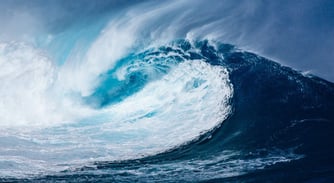 33 Strategies of War provides many insightful examples and ideas on how to win in business with strategy, many from Sun Tsu.

I share this story not because your business might face terrorism. Rather, the greatest challenge for leadership today is fear itself.

COVID, the great resignation, inflation, the supply chain crisis, can generate fear and uncertainty. The message for how to respond is simple.

As Greene points out, “People are crafty, resourceful, and adaptable creatures. The way to paralyze their will and destroy their capacity to think straight is to consciously create uncertainty, confusion, and an unmanageable fear. If you have to deal with a terroristic approach, it is best to fight back in a determined but dispassionate manner—the response such types least expect.”

“In general, the most effective response to unconventional provocation is the least response: do as little as possible and that cunningly adjusted to the arena. Do no harm. Deny oneself, do less rather than more.”

As a leader, you provide a steadying influence, to guard against the hysteria felt by your threatened staff and supervisors which are being stoked consistently by the media. 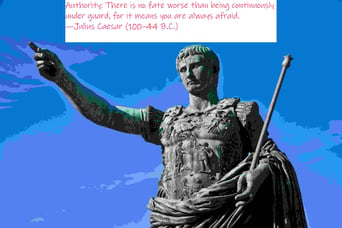 One bad apple can spoil the whole bushel. You and your managers need to portray confidence, calmness, and purpose to your team. Be aware more than ever of your team’s mood, and response to challenges within and outside your organization. Wherever and whenever you can, be the source of positive, encouraging, supportive, and nurturing words and acts.

“Authority: There is no fate worse than being continuously under guard, for it means you are always afraid.” —Julius Caesar (100–44 B.C.)

Leaders know actions speak louder than words. There are times when inaction, coolness, detachment, and calmness under duress breeds the most powerful of responses.

Weakness is not failing to respond. Weakness is responding incorrectly and inappropriately. 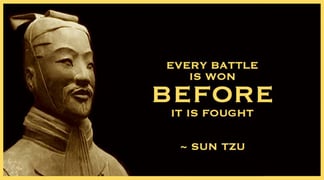 If words of command are not clear and distinct, if orders are not thoroughly understood, then the general is to blame. 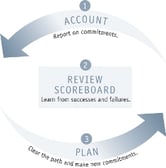 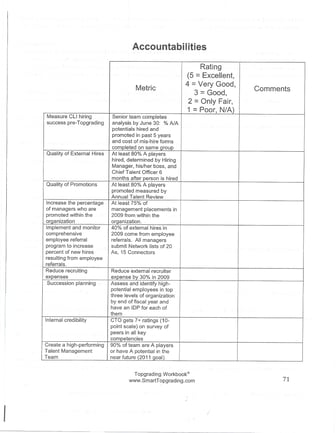 NEXT BLOG – WHAT’S YOUR JOB?