In his commencement address to Maharishi University Management's class of 2014 uses colorful words, phrases, sprinkling in his unique style of humor. Maharishi University is a small college in Fairfield, Iowa.  It has its own unique vibe, and imprint on Fairfield. It was founded in 1973 by Maharishi Mahesh Yogi and features a "consciousness-based education" system that includes the practice of the Transcendental Meditation technique.

The video here is 26 minutes long.  I’m highlighting points in his speech with approximate time frames to watch his comments.

Carrey makes fun of meditation at 6:44 in his speech mentioning it allows students to slack off for an hour a half every day.  He also talks about dead baseball players not having anywhere to hide when harvest is done (2:00), jokes about planting seeds, hoping Monsanto is okay with it, then about sleeping to the north last night, which is why is just a bit out of it (3:00) today.

His message for his graduates and for us, is Life doesn’t happen to you, it happens for you.  He’s not even sure that’s true he notes, (24:01) it helps him deal with life’s challenges in the most productive way possible.

Carrey reminds students they can live out of love or fear (10:13).  He issues a warning, “Beware the unloved, for they will eventually hurt themselves or me.”

His father’s story is a poignant reminder of living out of fear.  Carrey notes his father could’ve been a comedian, but instead chose a safe job as an accountant.  At 12, his father got let go from a job he didn’t like.  It was a valuable lesson, “You can fail at what you don’t like, you might as well take a chance on doing what you love.”

Carrey believes he has no limits. He’s proof you can ask the universe for what you want (10:50), reminding us that if we don’t get what we want right away, it’s because the universe is so busy fulfilling all his requests.

His father he believed lived through him, seeing his career as his second chance to do what he’d always wanted to do.  Carrey’s father used to brag to others at his house, that Jim isn’t a ham, he’s the whole pig (12:54)

Carrey shared his purpose.  It’s a foundation I believe in, and feel is critical for building a life and a business. Carrey’s purpose, “To free people from concern!” (13:10)

He questioned the audience, “What’s Yours? How will you serve the world?  What do they need that your talent can provide?”  He admonished, “It’s all you have to figure out?” reminding them, “the affect you have on others is the most valuable currency there is.”  How often we fail to recognize this!

“Everything you gain in life will rot and fall apart, and all that will be left of you is what was in your heart.” (14:01)

Carrey appears to love his life, and with the tragedy of so many comedians who have taken their own lives, it’s compelling.  He looks at what he does as something that allows others to present their best selves to him everywhere he goes.

He’s asked himself who would he be without fame? He’d like everyone to have the opportunity to learn that success isn’t the panacea it’s cracked up to be. He also warns to let your armor down, and how the need for acceptance can make you invisible in this world. He also recommends risk being seen in all your glory (16:13)

He warns against comparing yourself to others, using something he calls a reset button (20:29) to prevent his ego from trapping him into believing he will, “Never be enough!”

Because if you listen to it, there’s always someone doing better than you.  The ego wants us to achieve immortality, which he finds funny.  It tempt us with something we already possess.

Achieving What You Want

A substitute teacher (22:30) from Ireland told Carrey’s second grade class during their morning prayers when she wants something, anything at all, she prays for it, promising something in return, and she always gets it.  In the back of the class Carrey thought, my family can’t afford a bike. He prayed for one, promising to recite the rosary in exchange (broke that!) and two weeks later a Mustang bike with Easy Rider handlebars shows up at his house, that someone had entered his name to win!

His formula, “let the universe know what you want, and working toward it, while letting go on how it comes to pass!” (23:25)

Your job isn’t to figure out how its going to happen for you, its to open the door in your head and when the door opens in real life, just walk through it.

Don’t worry if you miss your que, there are always doors opening!

Carrey closes his performance reminding graduates to choose Love, and to never let fear turn against their playful head.  He says he doesn’t believe in Hope, rather faith (24:40), noting “Hope is a beggar.  Hope walks through the fire and faith leaps over it!”

It’s a call to action.  Hope is passive. I believe Carrey means, faith acts.  Which do you have? Faith or hope? 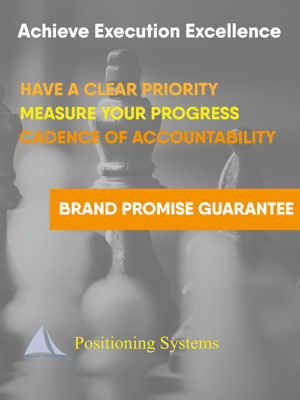 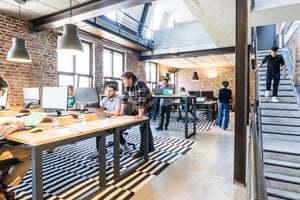 The corona-virus is on our minds as a deadly threat.  Did you know your workplace can possibly be contributing to sicknesses and frequent absenteeism?  If 20% or more of your employees are getting sick, our next blog by Karoline Clarke should provide insights on what you can do to prevent “sick building.” 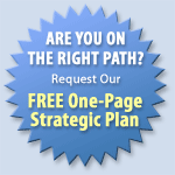