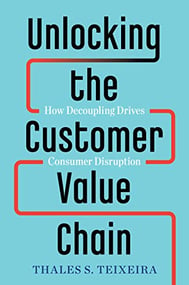 In Innovation Obstacle - Is Your Team “Licking the Cookie?” we shared how Intuit drives innovation by incentivizing its team.

Axel Springer, a German digital and periodical publishing house, the largest in Europe, with numerous multimedia news brands, such as Bild, Die Welt, and Fakt, employing more than 15,000 employees, and generating revenues of €3.3 billion, drives innovation with new people.

Second, change the people. Bring in executives and managers who are properly incentivized to put customers first.

Both options can work.

In 2002, Axel Springer’s board of directors, sensing the need to modernize and change, brought in Mathias Döpfner, formerly editor in chief of a print newspaper, to serve as CEO.

Döpfner’s challenge was daunting: at the time, less than 1 percent of the company’s revenue came from digital products.

Döpfner’s approach itself might be considered innovative, as Axel Springer’s president of paid models and board member Jan Bayer noted, “we didn’t discuss the decline of newspaper circulations. We thought this was natural. Our CEO, Mathias Döpfner, was only looking ahead.”

Bayer noted one surprise in the transformation, “underestimated the speed and acceleration of the decline [of our legacy businesses].”

Bayer’s consternation should be a warning to any business facing digital disruption or decoupling.

Under Döpfner, Axel Springer acquired 150 startups around the world between 2007 and 2017. They also invested in non-media businesses, such as Airbnb and Uber. In many ways, they took on the activity of a venture capital firm.

Yet by far, the biggest efforts for change came by keeping startup founders at all costs, allowing them to operate independently from the rest of the company, and maintain the same basic incentive structures the smaller businesses had in place prior to acquisition. One founder noted, “allowing our brands the opportunity to remain independent and build our own future.”

Inside the company, a cultural clash erupted between the old guard (newspaper and magazine publishers) and the new guard (digital entrepreneurs). More on the clash can be discovered in Stanford’s case Study, Axel Springer in 2016: From Transformation to Acceleration? Axel Springer’s original structure was composed of 90% losers (print). As such, they were positioned to reject and overpower the transformation intention of the 10% winners (digital) simply because there were more of them. 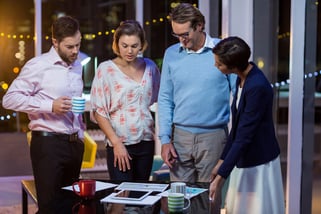 Axel Springer created “joint responsibilities,” forcing newly acquired digital startups and existing businesses in the same space to become dependent upon each other.

“For instance, the company prompted its major tabloid newspaper, Bild, to integrate its operations with its online equivalent, Bild.de. Axel Springer’s offline classifieds business had to pair up with its online classifieds business, and so on. Each publication had to become a thriving business, which meant that tenured employees and members of the new guard had to get along. It fell on the general managers of these businesses to see to content production, design, marketing, and profit-and-loss across both digital and print.”

Döpfner adjusted the composition of Axel-Springer’s workforce to foster change and innovation to satisfy the customer. No mass firings, instead they intentionally decided to keep the old team members in the declining businesses and allow employees to choose their own destinies.

You could remain where you were and gradually phase out as this part of the business declined, or learn, adapt, and switch to the new growing business. Each individual employee defined opportunity. This served as the incentive to move Axel-Springer forward.

Axel Springer also learned to cater to two groups of customers at once: older, loyal audiences, and younger, more fickle readers. It wasn’t easy for the old guard and new-media personnel to find the proper balance together, yet under Döpfner’s leadership, they did!

How successful did it turn out? By 2017 Axel Springer’s revenue had moved to 75% digital. 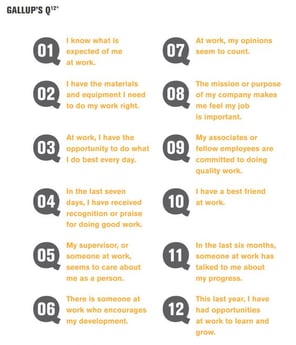 Customer’s often question why Gallup’s Q12 Employee Engagement Survey includes the Question: Do you have a best friend at work? I’ve been challenged several times to explain it. Next blog we share a surprising answer to what motivates people to heroic behavior. And why this Q12 question is so important. 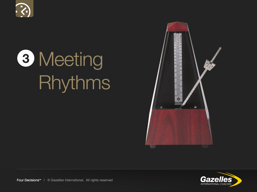 NEXT BLOG – What Motivates People to Heroic Behavior 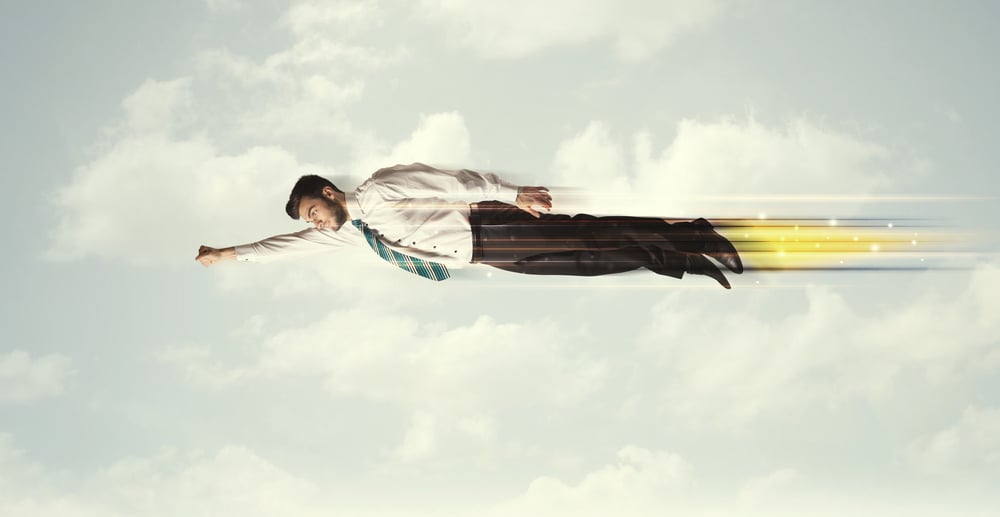