In this Restaurant the Staff Comes First – Enlightened Hospitality 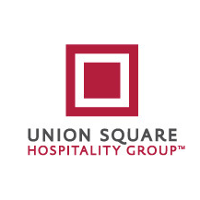 caling any business is challenging. In Masters of Scale Reid Hoffman shares the story of Danny Meyer, who first opened Union Square Cafe in 1985, and whose restaurant company now extends beyond just restaurants to include Shake Shack, operational consulting, multifaceted catering and events business, Union Square Events, and a growth fund, under the umbrella of Enlightened Hospitality Investments (EHI).

In opening Gramercy Tavern, after his success with Union Square, Danny went against his own personal wisdom.

He feared if he scaled his restaurant business, it’d come crashing down.

A eureka moment occurred one day when Danny met with his bookkeeper after he'd opened his second restaurant, Gramercy Taven.

“On his desk, I noticed two sets of keys, and one of them had a yellow smiley face like you used to see in the ’70s, and one had a yellow frowning face.” Danny asked, “What’s that?”

“Well, I think you know,” the bookkeeper replied.

Danny, “No, what are you talking about?”

The bookkeeper said, “Well, the smiley face is Union Square Cafe, and the frowning face is Gramercy Tavern.”

The bookkeeper responded, “Because Gramercy Tavern doesn’t feel like one of your restaurants.”

Another wake-up call came from a loyal, longtime Union Square customer who complained after eating lunch at Gramercy Tavern.

She informed him that her salmon had been overcooked. Worse, no one on staff noticed as she picked at it with a frown on her face. Instead, they just asked her if she’d like to take it home with her. “At Union Square Cafe, they would have noticed!” she told Danny. “They would have asked me if I’d like to have it recooked. They would have brought me something else, compliments of the owner. But here, no one noticed. What’s going on?”

Danny freed up his manager's future. More importantly, he came up with a name for what really mattered to him and his restaurants. “Enlightened hospitality.” 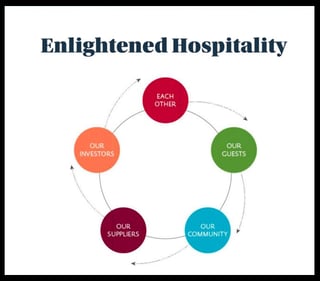 “Enlightened hospitality” is what Danny had been doing for years. The simple act of naming enabled him to express it to his growing staff. “My leadership style was basically, ‘Watch me: If I’m doing it, this is what I expect of you.’ So I’d never given language to anything.”

Danny immediately started sharing these new tools with his team. “We had an all-staff meeting at Gramercy Tavern and I said, ‘Instead of making you guess what matters to me, I’m going to tell you, right now.’ I had never done that before. I’d been it, but I hadn’t taught it.”

Then Danny dropped the real bombshell, the linchpin of his guiding philosophy: “In this business, the customer is going to come second.”

His staff did a double take. Was Danny actually telling them the customer was no longer at the top of the food chain? This is close to heresy in the restaurant business. Danny clarified: “In this restaurant, from this day forward, the staff comes first.”

Initially, some employees interpreted “the staff comes first” as “what can Danny do for us?” To clear up that misunderstanding, Danny hammered home his message: “It’s not my job to take great care of you. It’s your job to take care of each other.” Danny had a reason for putting the workplace culture above all else: He knew that if he created the right kind of culture, the customers would get even better service than before.

And he rewarded the “culture carriers,” employees who exemplified those most-valued attributes. He even implemented something called “Caught Doing Right” pads—small preprinted post-it notes that list the four core values that employees are accountable for—excellence, hospitality, entrepreneurial spirit, and integrity.

When one employee caught another expressing a core value, they circled that value on the pad, wrote in the employee’s name, and posted the note publicly—so that “the team is in a competition to do thoughtful things for others.”

Articulating who you are and what you stand for is how you let people know what they’re signing on to. Not just a job—but a belief system.

Watch Danny Meyer’s video on the Art of Hospitality.

Is your business offering hospitality or customer service? How do you make your customers feel? Is your team having fun? Are you Selling Happiness at your business?

The current job market is a struggle for most businesses. To maintain the standards you expect now is not the time to lower your expectations. Ideas on who to hire, and what successful businesses feel is most important for their culture when hiring, next blog. 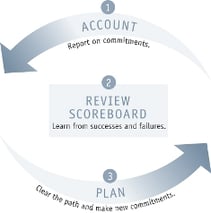 NEXT BLOG – You Are Who You Hire 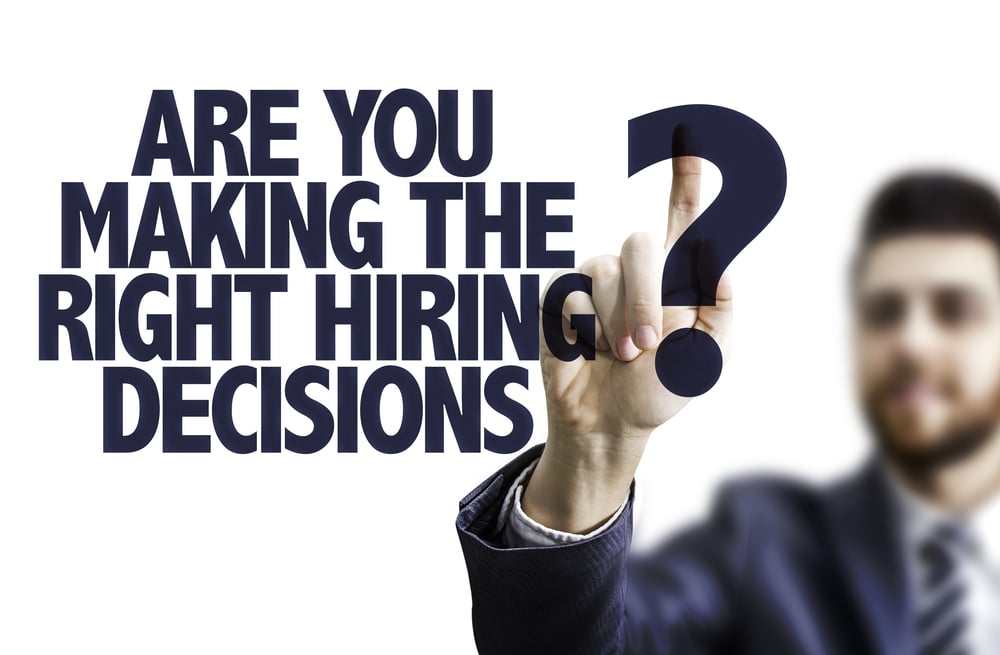