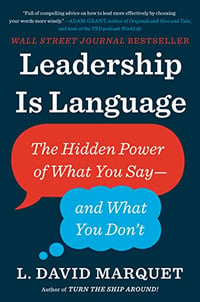 Being curious about what someone else thinks is the foundation of asking good questions.

There is such a thing as a bad question: one that is less curiosity driven than others.

The captain on the El Faro  (see How Language Sunk the El Faro – Leadership is Language) asked a lot of questions as his ship plowed toward its doom.

The words were false comfort designed to keep people on task, conforming to their roles, and continuing course.

In Leadership is Language, David Marquet, shares a story of having lunch with Shane Mac, the CEO of Assist when Mac received a text from their project lead.

It was six hours to game time at Citizens Bank Park in Philadelphia. 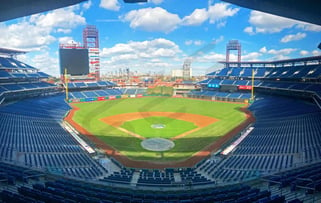 Assist planned to field-test a new product that would enable people to scan a bar code on the back of their seats with their iPhones, select the beer or food they wanted, enter their seat number, and have an attendant show up with their order moments later. The system required interfaces between several company software systems, the service organization at the stadium that would handle physical delivery of the orders, the stadium, and an intermediary.

A successful demonstration would raise its value and prove not just that the technology was sound, but that it successfully met a real customer demand.

Shane immediately called his project lead at the stadium working through the issues.

At the end of their short conversation, Shane said, “Tell me if you need me to come over.” He said it rather emphatically. After a pause, he said, “OK,” and hung up.

While David had only heard Shane’s side of the conversation, he suggested Shane call back and rephrase the last thing he’d said to her, “How helpful would it be if I came over to the stadium, 0 to 5?” 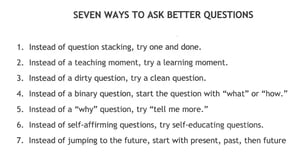 Shane’s eyes got big. He hung up, stood up, threw a $5 bill on the table, and called an Uber to take us to the stadium.

This story ended happily.  Shane’s teams solved the problem well before the Phillies took the field, and the demonstration worked.

When Shane said, “Tell me if you need me,” it required his project lead to admit she needed help and to give instructions to her CEO. These are hard to do, even for a kick-ass, take-names project owner like the woman leading Shane’s development team. If she had been a wilting lily, you could attribute her reluctance to ask Shane for help to that. But she wasn’t.

Once he asked, “How helpful would it be if I came over?” it became a request for information. Notice how he phrased the question. He didn’t ask, “Would it be helpful . . . ?”

That would have been a binary question. It would have made it harder for her to say “yes.”

It’s important to mention Marquet warns language changes don’t have the certainty of a light switch. Every step you take to make it just a bit easier for others to feel safe to speak up results in a higher likelihood they will.

These little probabilities, over time, over repeated meetings, and interactions, add up to a big change.

The Seven Sins of Questioning

This gives some examples. Marquet calls these the seven sins of questioning.

Would you like to ask better questions to help drive discretionary effort?

For more examples and help on asking better questions click here for The Seven Sins of Questioning & Seven Ways to Ask Better Questions.

NEXT BLOG – Bezonomics - How Amazon Flywheel transformed its business 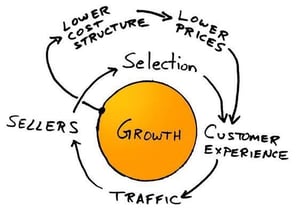 Barron’s ran a headline “Amazon.bomb.” Wall Street analysts said the company would run out of cash by end of year. Bezos was worried.  Bezos invited Jim Collins to talk to him and the board about how to get out of a crisis. Jim Collins explained the flywheel concept. Bezos applied it to Amazon. It started with the customer (give them lower prices, better service, faster delivery) to attract more customers/3rd party sellers and get economies of scale. Bezos has been driving this for the last 20 years with remarkable success. That’s our next blog.