Urban Meyer, Ohio State championship football coach, and author of Above the Line is often called upon to speak to corporate groups and business leaders, on how he gets the most out of his team.

Meyer believes the 10-80-10 Principle is the best strategy for getting the most out of your team.

Imagine your organization as a big circle. At the center is the nucleus, the top 10 percenters. These are your people who give all they’ve got all the time. They are the essence of self-discipline, self-respect, and the relentless pursuit of improvement. These individuals are considered your elite—the most powerful component of any organization.  You love leading and coaching them! 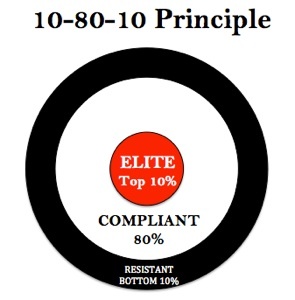 Look at the picture.  Outside the nucleus lye the 80 percenters. They make up the majority—people who go to work, do a good job, and are relatively reliable. The 80 percenters are for the most part trustworthy and dutiful. These people simply don’t possess the drive and the unbending will your nucleus does. Meyer states, “They just don’t burn as hot.”

The final 10 percent, at the very edge of the circle, the rim of it?  That’s the size of their engagement.  These members are uninterested or defiant. They are on the periphery, mostly just coasting through life, not caring about reaching their potential or honoring the gifts they’ve been given. Meyer call them “coach killers.”

Your leadership challenge is to move as many of the 80 percenters into the nucleus as you can.

Expand the top 10 percent into 15 percent or 20 percent, and you’ll see measurable increase in the performance of your team.

Above the Line is about Ohio State’s NCAA Football 2014 Championship Season.  How important is it to increase your nucleus?

Meyer offers, “By the end of the 2014 season, our nucleus group was close to 30 percent.” It’s how championships are won.

Meyer challenged his team’s top 10 percent to identify and influence the 80 percent to elevate their level of play, deepen their commitment, and give more of themselves for the program. Meyer shares, “We wanted our top 10 percent to be leaders who influenced and motivated others. This is essential because leadership is about connecting. Leadership is an activity that happens person to person and heart to heart. It’s about engaging deeply with others and inspiring them to be better.”

Meyer firmly believes how well you perform depends on the work you do with the 80 percenters. Meyer devotes more time to them by far than to either of the 10 percenters.

It’s interesting to note Meyer’s approach to the 10% at each end of the spectrum.  “As much as you love your top 10 percenters, you don’t need to motivate them because they are doing it by themselves. Everybody—coaches, staff, trainers—wants to be around these elite people. They are positive, high-achieving people, and it’s fun to associate with them. But remember, your goal as a leader is to build and motivate your whole team, and the way to do that is to focus your attention on the 80 percenters.”

Conversely, Meyer offers this, “On the other end, the bottom 10 percenters are not really worth wasting any energy on. It took me a while to realize this. For years I would try to change them. 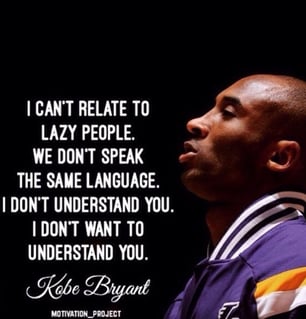 I would look at their corner-cutting ways and take it as a challenge to make them see the virtue and satisfaction that comes with working hard and getting results. It was probably arrogant on my part to think I could get them to change. The lesson I learned was this: time is a nonrenewable resource. If you waste it, you never get it back, so it’s essential to pick your battles wisely.”

Bottom 10% only have one gear, and they won’t want to find another!  I’m not a Kobe Bryant fan, but Meyer quotes Bryant to illustrate his point about these bottom 10 percenters.

To get your 10 percenters to influence your 80% you have to convince them to get out of their habits.  Most of us enjoy spending time with like-minded people.  Think of yourself.  You probably associate with people who think, act, and believe much like you do. It’s one of the reasons I recommend each of my CEO’s and presidents to spend time with their people.  Never underestimate the influence and inspiration a leader provides to the people in an organization.  Recognition, praise, or comment stir a far more favorable impression from them, than anyone else in your business can stimulate. 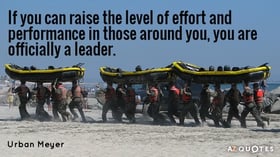 Positioning Systems Strategic Discipline and Scaling Up resources provide the leadership tools to help your business grow and perform to its highest potential.  Measurable performance increases in your business can be achieved.  Contact dwick@positioningsystems.com 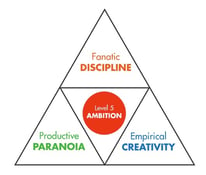 As the leader of your organization you’re probably continuously aware of it’s potential, and particularly your people’s upside talents.  It often keeps you up at night, wondering, why your organization is not achieving more.  In Great By Choice, Jim Collins calls this behavior Productive Paranoia.  It’s part of three core behaviors of 10x Leaders.  We’ll explore this leadership burdenin our next blog.