Teams are what get things done in the world of work.

I have a good friend who works at Toyota Financial Services in Cedar Rapids who I’ve long admired for his discipline and dedication to continuous improvement personally and professionally. He often speaks about the Toyota Production System where Scrum originated.

Scrum teams that work well achieve “hyperproductivity.” It’s hard to believe, but Sutherland regularly sees somewhere between a 300- to 400-percent improvement in productivity among groups implementing Scrum well. The best teams can achieve productivity increases of up to 800 percent and replicate that success over and over again. They also end up more than doubling the quality of their work.

Get Rid of Impediments

A key to Scrum’s success is having someone in charge of impediment removal. We described this in Start Sprinting – Plan, Do, Check, ACT. What’s preventing your team from accelerating?

An “impediment” idea comes from the company that first formed the ideas Scrum is based on: Toyota.

In Taiichi Ohno’s Toyota Production System, Ohno introduced the idea of “flow.” Production should flow swiftly and calmly throughout the process.  One of management’s key tasks is to identify and remove impediments to that flow. Everything that stands in the way is waste. Ohno gives waste a moral, as well as a business, value in his classic book, The Toyota Production System: Ohno insists in a low-growth period such waste is a crime against society more than a business loss. Eliminating waste must be a business’s first objective.

For Scrum to really take off, someone in senior management needs to understand in his bones impediments are nearly criminal.

The effect of eliminating waste is dramatic.  Most people and particularly management don’t do this.  It requires being honest with themselves and with others. When you work in a system and observe how work gets done this requires a fresh outlook each day.  Routine can create sameness.  Familiarity breeds contempt.  Management needs to be open to hear what obstructs work from getting done.  It requires constant vigilance and fresh, assertive eyes and action.

When Sutherland got to Easel in 1993 his team spent weeks reading hundreds of papers and books and articles on the organization of teams and product development. They discovered Hirotaka Takeuchi and Ikujiro Nonaka’s Harvard Business Review paper titled, “The New New Product Development Game.” Takeuchi and Nonaka looked at teams from some of the world’s most productive and innovative companies: Honda, Fuji-Xerox, 3M, Hewlett-Packard, and others. The old way of doing product development, they argued, typified by NASA’s Phased Program Planning system—a Waterfall system—was fundamentally flawed.  Takeuchi and Nonaka discovered the best companies used an overlapping development process.  It was faster and more flexible. Teams were cross-functional, autonomous, empowered to make their own decisions. Professors Takeuchi and Nonaka described the characteristics of the teams at the best companies in the world:

Here’s another important distinction:  They had a transcendent purpose. They were reaching for something bigger than themselves. Management didn’t dictate. Instead, executives were servant-leaders and facilitators focused on getting obstacles out of their teams’ way rather than telling them what and how to do product development.  In the article the Japanese professors compared the teams’ work to a rugby team. The best teams acted as though they were in a scrum: “…  the ball gets passed within the team as it moves as a unit up the field.”

The average American manager was unable to make sense of Takeuchi and Nonaka article even though Toyota was rapidly increasing market share using this approach. At Easel Sutherland had nothing to lose. Sutherland and his team decided to try it, even though the paper focused on manufacturing, not software development. Sutherland felt their ideas tapped into something fundamental, a descriptive process of how humans work together best in any endeavor. It flowed into all the other experiments he’d conducted, going back to his first job in the private sector at MidContinent.

Thus “Scrum” was born.  Sutherland’s first product at Easel delivered on schedule within six months, under budget, and with fewer bugs than any previous delivery.

The PDCA cycle we describe in Start Sprinting – Plan, Do, Check, ACT, is how Toyota became the number one car company in the world. In reality it’s how any sort of “Lean” manufacturing, or Scrum product development, is done.

Blame the System not the Individuals or People 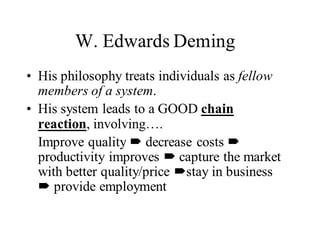 The beauty of Scrum is the fundamental underlying principle of FORGIVENESS. It focuses blame on the system not a person or individual.

Sutherland notes, “People want to blame individuals, not systems. It just feels better. The Fundamental Attribution Error appeals to our sense of justice. If we can blame someone else, we insulate ourselves from the possibility that we’d do the same thing—that we’re just as likely to press that button as anyone else, given the right circumstances. How does this error of blaming individuals rather than systems manifest in business?

Sutherland provides an example in Scrum: The Art of Doing Twice the Work in Half the Time. The New United Motor Manufacturing, Inc., (NUMMI) automotive plant in Fremont, California was a joint venture between General Motors and Toyota. GM had closed the plant in 1982. GM’s management considered the workforce the worst in America. People drank on the job, didn’t show up for work, and subtly sabotaged the cars (by, for example, putting a Coke bottle inside a door, where it would rattle and annoy customers). Toyota reopened the plant in 1984. GM told Toyota all  about how awful the workers were. However it insisted the managers were great and should be rehired. Toyota decided not to rehire the managers and instead rehired most of the original workforce. Toyota even sent some of them to Japan to learn the Toyota Production System. The NUMMI plant promptly began producing cars at the same precision with as few defects as cars produced in Japan. Same people, different system. GM has never reached those levels of quality at any of its other American plants. GM pulled out of the joint operating agreement with Toyota the same year it went bankrupt.

Have you ever been on a team that produced dramatic results?  Have you witnessed the magic that winning teams exhibit?  We’ll explore some of these teams from sports and business next blog.