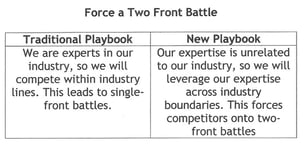 It’s the next most commonly used strategy by Outthinkers to disrupt their competition, according to Outthink the Competition: How a New Generation of Strategists Sees Options Others Ignore by Kaihan Krippendorff,

Force a Two Front Battle, can appear to contradict our Gazelles Coaching philosophy of focus/One Thing,  and the Founders Mentality of Understanding Your Core.

As noted earlier, the concepts Krippendorff develops are based on the strategies in Sun Tzu’s book The Art of War.  To help you understand this strategy I’ll share the original Chinese military example, and a sports example from a previous blog.

During the Civil War, General Tecumseh Sherman used this strategy, “Force a Two Front Battle” to crush Southern resistance as he invaded the South and burned Atlanta.

Chinese military strategists advocated “Force a Two Front Battle” over 3,000 years ago.  The Chinese state, Zhao was preparing for an attack by Wei. Worried his state would not be able to survive; their leaders ask a neighboring state, Chi, for help. Chi agrees, prepares his soldiers for battle. At the last minute, just before Chi's forces begin to march to save their ally, an advisor suggests a counterintuitive strategy. Rather than help defend Zhao, he argues, Chi should attack the aggressor. This forces Wei's troops into a dilemma:  Should they continue to march toward Zhao to secure a likely victory, or return home to save the women and children they left poorly defended? Wei decides to return home. By forcing Wei into this dilemma, Chi saved its ally and defeated its enemy in one swift move.

This is not unlike the dilemma the Army football team mentioned in Pattern Recognition- SPORTS – How OUTTHINKERS Topple Thinkers faced: their players could either rush toward the ball, allow Notre Dame to pass the ball down the field, or they could fall back to intercept the pass, in which case Notre Dame runs the ball through the now-empty Army defensive line.

What these two strategies have in common is that the Outthinker forces its competitor onto a two-front battle. On the horns of a dilemma, they can either protect themselves against one end of the horn, while exposing themselves to the other, or vice versa. They cannot do both 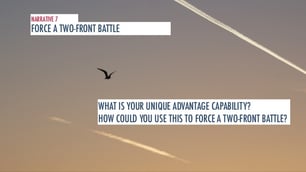 In business as in war, the key elements of the strategy are the same:

Vadon eventually found a new wife and became a diamond salesman. In 1999, he bought a diamond store and launched Blue Nile as an online diamond retailer. Blue Nile was one of the few pure online businesses to survive. In its first four years it grew to $120 million in revenue. In 2003 it went public, and over the next five years, it expanded 250 percent, reaching $320 million in annual revenue. In 2016 the company went private, acquired by Bain Capital Private Equity and Bow Street LLC for roughly $500 million.

Much of Blue Nile's success comes from the two-front battle strategy. Imagine you are the CEO of a traditional diamond retailer trying to compete with Blue Nile. You know Blue Nile is growing and is more profitable. As you think through your strategy, you become paralyzed by the tough choices:

Blue Nile, doesn’t care, because either way, you are choosing not to compete with them. 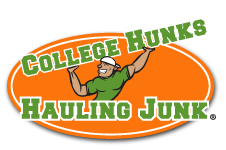 When Omar Soliman and Nick Friedman, college grads, started collecting unwanted junk, they set out to build an empire. Two years later their business struggled. They sat down with entrepreneurship guru Michael Gerber, (until 2008 I was an E-Myth Coach).  The result of the conversation turned instantly onto a new growth path. They since hit the Inc. 500 list of the US’s fastest-growing private companies.

Gerber asked, “Why do people like to do business with you?”

The team realized it had nothing to do with their garbage-removal expertise. It was because people have fond memories of their college days, and they like helping college students. When they hire College Hunks Hauling Junk, they don't just expect their garbage to be removed, they expect an experience, a connection to earlier, more carefree days.

Gerber pointed them in the direction of the two front battle strategy.

That one insight shifted their company's identity—they would now operate like a university. Suddenly they made a number of small business decisions that seem counterintuitive for a regular junk-removal company. Their untraditional strategy has flustered competitors by forcing them to choose between making painful changes to their operations model or just let College Hunks grow.

By engaging two battlefronts at once, and by executing cleverly on both, Outthinkers throw their competitors into a frustrating, paralyzing dilemma. While the competitors dither about which angle to combat, the Outthinkers move forward to the future.

In your Annual Planning for 2018, are these Outthinker Strategies a top priority?

They are with my Positioning Systems customers.

Disrupt Yourself or Be Disrupted By the Competition – Next Blog 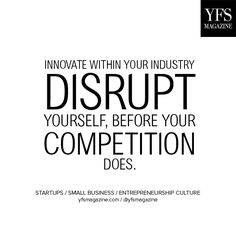 Disruption is occurring more quickly than ever before.  Turnover on the S&P 500 means a company is replaced every two weeks! Over 40% of today’s Fortune 500 companies on the S&P 500 will no longer exist within 10 years!  Your business needs to either disrupt yourself or be disrupted by the competition.  Will explore this and the last most common Outthinker Strategy Move Early to the Next Battleground, next blog.