In our last blog, Put Your Worst Foot Forward – 2 of 4 Reasons it Works, we shared two reasons it’s actually more effective to adopt powerless communication to accentuate flaws in your idea.

This story is taken from Adam Grant’s Originals.

Please refer to Put Your Worst Foot Forward – 2 of 4 Reasons it Works for more insights on this concept. In 2009, when Babble owner Rufus Griscom pitched Babble to venture capitalists, he did the exact opposite of what every entrepreneur is taught to do: he presented a slide listing the top five reasons not to invest in his business.  But his counterintuitive approach worked: that year, Babble brought in $3.3 million in funding.

Two years later, Griscom made a sales visit to Disney to see if they might be interested in acquiring Babble.

Strangely, though, Griscom did it again. One of his slides read: “Here’s Why You Should Not Buy Babble.” Presenting to the family division of digital at Disney, he explained user engagement, at less than three page views per visit, was lower than expected. Babble was supposed to be a parenting website, but 40 percent of the posts were about celebrities. And the back end of the website was in sore need of retooling. 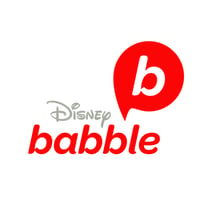 Yet, Disney ended up buying the company for $40 million.

Discover the first two reasons this counterintuitive approach of powerless communication works in my previous blog. Today we finish with the final two reasons why taking this approach can work for you:

Psychologist Norbert Schwarz has shown that the easier it is to think of something, the more common and important we assume it is. We use ease of retrieval as information.  It’s a cinch for executives to come up with three good things about their lives. They immediately list their love of their children, their spouses, and their jobs. Since it was a breeze to generate a few positives, they infer that their lives are pretty darn good. It’s noticeably harder to name twelve good things about their lives. After covering family and work, executives often mention their friends and then ask if they can count each one separately. Having struggled to come up with a dozen good things, they draw the conclusion that their lives aren’t quite so good after all.

This is what happened to investors when Rufus Griscom cited Babble’s weaknesses. By acknowledging its most serious problems, he made it harder for investors to generate their own ideas about what was wrong with the company. And as they found themselves thinking hard to identify other concerns, they decided Babble’s problems weren’t actually that severe. Griscom saw this happen in the early Babble board meeting when he first tested his upside-down pitch. “When I led with the factors that could kill the company, the response from the board was the exact opposite: oh, these things aren’t so bad. Newton’s third law can be true in human dynamics as well: every action has an equal and opposite reaction.” Just as presenting negatives can ironically make it more difficult for audiences to think of them, speaking up effectively depends on making the positive features easier to process. 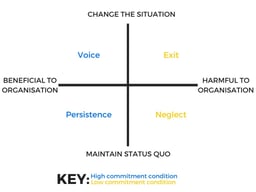 Handling a Dissatisfying Situation – Next Blog

Adam Grant’s Originals is full of ideas to help you understand and develop innovations for your business. For example, when is procrastination really good?  Talk about counterintuitive. Who is the best type of boss? Someone agreeable and supportive, or a manager who is skeptical? Next blog we’ll explore the four ways to handle a dissatisfying situation.  Will discover two approaches serve you and your business best.