Gazelles’ coached businesses are not absent the bottlenecks, communication issues, conflicts, and mistakes that most small and mid-sized businesses face.  On the contrary they have these problems often in higher quantity than most due to the 20% growth or more they are experiencing.

How do they make progress and continue to grow?

Gazelles and Positioning Systems coached business master the art of solving these issues through a weekly Collective Intelligence discussion in their leadership meetings.  These weekly meetings have often been extended to every department or group meeting in their organization, multiplying the effectiveness of Collective Intelligence’s ability to solve business challenges that impede growth. 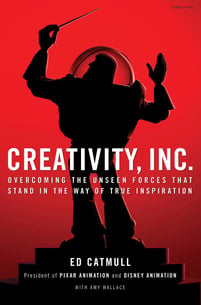 One of the keys to successful Collective Intelligence is described well in Creativity, Inc.: Overcoming the Unseen Forces That Stand in the Way of True Inspiration by co-author Ed Catmull.   Catmull believes there is a distinction between honesty versus candor.

Here’s Catmull’s description of the need for honesty in business discussions, “When it comes to interacting with other people in a work environment, there are times when we choose not to say what we really think. This creates a dilemma. On one level, the only way to get a grip on the facts, issues, and nuances we need to solve problems and collaborate effectively is by communicating fully and openly, by not withholding or misleading. There is no doubt that our decision-making is better if we are able to draw on the collective knowledge and unvarnished opinions of the group. But as valuable as the information is that comes from honesty and as loudly as we proclaim its importance, our own fears and instincts for self-preservation often cause us to hold back. To address this reality, we need to free ourselves of honesty’s baggage. Replace the word honesty with another word that has a similar meaning but fewer moral connotations: candor forthrightness or frankness—not so different from honesty, really. And yet, in common usage, the word communicates not just truth-telling but a lack of reserve. Everyone knows that sometimes, being reserved is healthy, even necessary for survival. Nobody thinks that being less than candid makes you a bad person (while no one wants to be called dishonest). People have an easier time talking about their level of candor because they don’t think they will be punished for admitting that they sometimes hold their tongues. This is essential. You cannot address the obstacles to candor until people feel free to say that they exist (and using the word honesty only makes it harder to talk about those barriers).”

Catmull believes the Braintrusts, “…most essential element is candor.”

He points out in these Braintrust meetings, “we don’t want the Braintrust to solve a director’s problem because we believe that, in all likelihood, our solution won’t be as good as the one the director and his or her creative team comes up with. We believe that ideas—and thus, films—only become great when they are challenged and tested.”

Yet Catmull offers this, “An important corollary to the assertion that the Braintrust must be candid is that filmmakers must be ready to hear the truth; candor is only valuable if the person on the receiving end is open to it and willing, if necessary, to let go of things that don’t work.”

Let me offer a truth about myself I’m embarrassed to admit.  At times I’ve been accused of being too direct.  When I discover an issue or problem I can be straightforward in my approach.  If you know the DISC profile, I’m a high D with a very low I.  I’ve learned to temper this through working so many years with people, yet I’m guilty at times of being too blunt and candid when I feel there’s a need for urgency or importance.  I may have been fired from jobs or customers due to this approach.

Sometimes forthrightness can be a curse as Catmull explains earlier in this chapter.  Yet in order for improvement the group needs to offer their frank, candid opinions, and the person holding the issue needs to be open to this.  In my efforts to persuade my audience it’s not infrequent I raise the volume when I deliver my message.

Catmull offers these insights into Pixar’s Braintrust meetings, “Frank talk, spirited debate, laughter, and love. If I could distill a Braintrust meeting down to its most essential ingredients, those four things would surely be among them.”

He continues, “But newcomers often notice something else first: the volume. Routinely, Braintrust attendees become so energized and excited that they talk over each other, and voices tend to rise. I’ll admit that there have been times when outsiders think they’ve witnessed a heated argument or even some kind of intervention.  …. their confusion, ..stems from their inability (after such a brief visit) to grasp the Braintrust’s intent. A lively debate in a Braintrust meeting is not being waged in the hopes of any one person winning the day. To the extent there is “argument,” it seeks only to excavate the truth.”

In my family my brother Gary and I would debate endlessly: sports questions, religion, and too frequently politics where we would almost always be on the opposite side of the equation.  He a bleeding liberal, me a conservative, leaning to libertarian.

Always, however I believe our arguments/debates ended with each of us learning and “excavating the truth.”  My brother Gary also was the ultimate exonerator.  We might fight to the extreme that physical blows were landed.  Five minutes later it was always completely forgotten! We were best friends again as if nothing had ever happened.

You may need that type of absolution and pardoning power in your meetings after a heated discussion.  The intent of discussion should always be to discover the truth and never blame or accuse.

Here’s another reason I believe my customers ask me to facilitate their weekly meetings. Pixar was owned by Steve Jobs, and as Catmull explains there was a reason Jobs wasn’t included in Braintrust meetings, “That is part of the reason why Steve Jobs didn’t come to Braintrust meetings at Pixar—a mutually agreed prohibition, based on my belief that his bigger-than-life presence would make it harder to be candid. We had reached this agreement way back in 1993…. “This group works well together,” I told him of the Braintrust. “But if you go to its meetings it will change what they are.” He agreed, and believing that John and the story people knew more about narrative than he did, he left it to them. At Apple, he had the reputation for being deeply involved in the most minute detail of every product, but at Pixar, he didn’t believe that his instincts were better than the people here, so he stayed out. That’s how much candor matters at Pixar: It overrides hierarchy.”

By having a facilitator in the meetings, the leader, CEO or owner, is less likely to dominate the discussion.  If you question whether this is good or not I invite you to read my blog on the dangers of Leadership Dominance.  Candor is quashed when one member of the team, especially the leader, dominates a discussion. 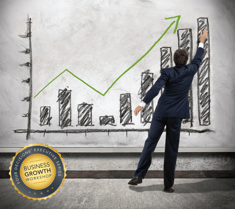 Would you like to learn more about meeting rhythms and specifically the practice of Collective Intelligence?   Plan to attend  the Scaling Up Workshop in Cedar Rapids on Wednesday, November 11th.  You’ll learn how to Scale Up your business. Download our Scaling Up Workshop flyer or register to attend.  We  guarantee to help you meet and exceed your business expectations for 2016!

Wednesday and Thursday I’m meeting with one of my customers to plan the 4th Quarter.  We plan to dedicate time to develop a Strategy Statement.  If you read the bible you’re probably familiar with the story of the Tower of Babel.  My question to you: Is Strategy in your organization your Tower of Babel?  We’ll explore this in my next blog.