“Disaster is the word he used.” 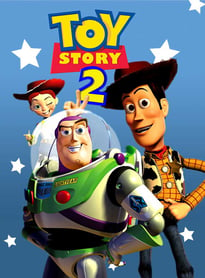 These words describe John Lasseter, chief creative officer of Pixar, feelings after viewing the screen “reels” of the sequel to Toy Story after he finally had time to review it Thanksgiving weekend in 1998.  The story was hollow, predictable, without tension; the humor fell flat.

If you’ve viewed or remember the movie it’s hard to believe this was ever the case.

A year into production of Toy Story 2, Ed Catmull, co-author of Creativity, Inc.: Overcoming the Unseen Forces That Stand in the Way of True Inspiration, began to notice signs of trouble. Mainly, the directors were lobbing a continuous stream of requests for more “John time”—seeking to get on his calendar to pick his brain. To Catmull, it signaled, as talented as the Toy Story 2 directors were individually, they lacked confidence and weren’t gelling as a team. At Pixar, directors gather every few months to screen “reels” of their film—spliced-together drawings, paired with what’s called “temp” music and voices. You cannot judge a team by the early reels. Over time, the reels should get better. In this case, they weren’t getting better—months would pass, and the reels were still varying degrees of bad. Alarmed, Pixar people shared worries with John and the original Toy Story creative team. They advised “to give it more time, to trust the process!”

At Pixar they liked “Trust the Process” because it was so reassuring. There are always inevitable difficulties and missteps in any complex creative endeavor.  At Pixar the feeling was you can trust that “the process” to carry you through. It’s really no different than any optimistic aphorism (“Hang in there, baby!”), except that because Pixar’s process was so different from other movie studios, they felt it had real power. Pixar was a place that gave artists running room, gave director’s control, trust its people to solve problems. Catmull always was wary of maxims or rules because, all too often, they turn out to be empty platitudes that impede thoughtfulness.  Yet Catmull felt this principle actually seemed to help their people. His feelings on these particularly “Trust the Process” was about to change.

Before Pixar could come up with a plan for fixing it, a meeting at Disney loomed—a previously scheduled screening to keep the Disney executives in the Toy Story 2 loop. In December, Andrew Stanton (who often functioned as John’s right hand) took the flawed version of the film down to Burbank. Andrew sat through this meeting, gritting his teeth. When the lights came up, he jumped right up. “We know the film needs major changes,” he said. “And we’re in the process of mapping them out.” To his surprise, the Disney execs disagreed—the movie was good enough, there wasn’t time to do an overhaul. Disney execs argued it’s only a sequel. Politely but firmly, Andrew refused to waver. “We’re going to redo it,” he said.

To save the film, Pixar determined a change was needed at the top. It had to be done.

From Creativity Inc. here’s how the plot was changed.

“The story, which took place about three years after the events in Toy Story, revolved around whether Woody would choose to flee the pampered and protected (but isolated) existence—the life of a “collectible”—that Al, the collector, had forced upon him. Would he or would he not fight for the chance to go home to his original owner, Andy? For the film to work, viewers would have to believe that the choice Woody was weighing—whether to return to a world where Andy will someday outgrow and discard him or to remain in a place of security, with no one to love him—was real. Since viewers knew that this film was from Pixar and Disney, they assume that there would be a happy ending—meaning that Woody would choose to go back to reunite with Andy. What the film needed were reasons to believe that Woody was facing a real dilemma, and one that viewers could relate to. What it needed was drama.

The movie begins with Woody preparing to go to cowboy camp with Andy, only to suffer a rip in his arm that caused Andy to leave him behind (and Andy’s mother to put him away on a shelf). The Braintrust made the first of two key changes: They added a character named Wheezy the penguin, who tells Woody he has been on that same shelf for months because of a broken squeaker. Wheezy introduces the idea that no matter how cherished, when a toy gets damaged, it is likely to be shelved, tossed aside—maybe for good. Wheezy establishes the emotional stakes of the story. The second fundamental tweak the Braintrust made was to beef up the story of Jessie, a cowgirl doll who had loved her little girl owner, just as Woody loved Andy, only to be abandoned when the girl outgrew her toys. Jessie’s message to Woody—wrenchingly told in a montage sequence, accompanied by the Sarah McLachlan song “When She Loved Me”—was that no matter what you want or how much you care, Andy is someday going to put away childish things. Jessie picks up the theme that Wheezy set in motion, and her sassy interactions with Woody allow that theme—once implicit—to be discussed openly. With the addition of Wheezy and Jessie, Woody’s choice became more fraught: He could stay with someone he loves, knowing that he will eventually be discarded, or he could flee to a world where he could be pampered forever, but without the love that he was built for. That is a real choice, a real question. The way the creative team phrased it to each other was: Would you choose to live forever without love? When you can feel the agony of that choice, you have a movie. While Woody would choose Andy in the end, he would make that choice with the awareness that doing so guaranteed future sadness. “I can’t stop Andy from growing up,” he tells Stinky Pete the Prospector. “But I wouldn’t miss it for the world.”

Pixar “trusted the process,” but the process didn’t save Toy Story 2. “Trust the Process” 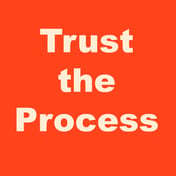 had morphed into “Assume that the Process Will Fix Things for Us.” It gave Pixar solace. But it also coaxed them into letting down their guard. In the end, it made Pixar passive. Even worse, it made them sloppy. Once this became clear, Catmull began telling people that the phrase was meaningless. It had become a crutch that was distracting from engaging, in a meaningful way, with problems. Pixar should trust in its people, not processes. The error made was forgetting “the process” has no agenda and doesn’t have taste. It is just a tool—a framework. Take more responsibility and ownership of work, the need for self-discipline, and goal focus.

Even as Catmull railed against “Trust the Process” as a flawed motivational tool, he understood the need for faith in a creative context. Because often working to invent something that doesn’t yet exist, it can be scary to come to work. Catmull noted, “Early on in the production of a film, chaos reigns. The bulk of what the directors and their teams are doing is not cohering, and the responsibilities, pressures, and expectations are intense. How, then, do you move forward when so little is visible and so much is unknown? I have seen directors and writers who were stuck and could not get unstuck, because they couldn’t see where to go next. It is here that some of my colleagues have insisted that I am wrong, that “Trust the Process” has meaning—they see it as code for “Keep on going, even when things look bleak.” When we trust the process, they argue, we can relax, let go, take a flyer on something radical. We can accept that any given idea may not work and yet minimize our fear of failure because we believe we will get there in the end. When we trust the process, we remember that we are resilient, that we’ve experienced discouragement before, only to come out the other side. When we trust the process—or perhaps more accurately, when we trust the people who use the process—we are optimistic but also realistic. The trust comes from knowing that we are safe, that our colleagues will not judge us for failures but will encourage us to keep pushing the boundaries.”

Catmull feels the key is not to let this trust, this faith, lull you into the abdication of personal responsibility. When that happens, you fall into dull repetition, producing empty versions

Brad Bird, a Pixar director said, “The process either makes you or unmakes you.” This gives the process power, yet implies you need an active role to play in it as well. Katherine Sarafian, a Pixar producer, prefers to envision triggering the process over trusting it. Observe to see where it’s falters, slap it around a bit to make sure it’s awake.

The individual plays the active role, not the process itself.

Catmull offers, “At Pixar, Toy Story 2 taught us this lesson—that we must always be alert to shifting dynamics, because our future depends on it—once and for all. Begun as a direct-to-video sequel, the project proved not only that it was important to everyone we weren’t tolerating second-class films but also that everything we did—everything associated with our name—needed to be good. Thinking this way was not just about morale; it was a signal to everyone at Pixar that they were part owners of the company’s greatest asset—its quality.”

John Lasseter coined a new phrase: “Quality is the best business plan.” Quality is not a consequence of following some set of behaviors. It is a prerequisite and a mindset you must have before you decide what you are setting out to do. Everyone says quality is important, but they must do more than say it. They must live, think, and breathe it.  When Pixar people asserted it would only make films of the highest quality, they pushed to the limit in order to prove commitment to that ideal.  The result: Pixar’s identity was cemented. Pixar became a company that would never settle. It didn’t mean any mistakes. Mistakes are part of creativity. It meant Pixar strives to face mistakes without defensiveness and with a willingness to change.

Catmull notes, “Struggling through the production of Toy Story 2 twisted our heads around, causing us to look inward, to be self-critical and to change the way we thought about ourselves. When I say this was the defining moment for Pixar, I mean it in the most dynamic sense. Our need for and embrace of introspection was just beginning.”

What’s the process like in your business?  Is it time to consider changing how you look at “trusting the process?”

There are some wonderful examples of other great ideas in the book Creativity Inc. including the Braintrust meeting which closely resembles Collective Intelligence that Pixar.  It includes some insights between honesty and candor.  First I’d like to share with you a decision and process that one of my former customers asked my help on in choosing a COO for his company.  Scott Ford who recently authored a book, The Sustainable Edge: 15 minutes a Week To a Richer Entrepreneurial Life, could have taken short cuts to adding a COO.  Instead he decided to follow the Topgrading Process and explore additional candidates rather than the just hiring the consultant he already had in house. This story is my next blog.