Four Villains of Decision Making – The Ghost of Christmas Future

Your business is not breaking even in your second location.   A tenant in the same building is moving out and you are offered their location at $1K more a month in rent.   You accept! 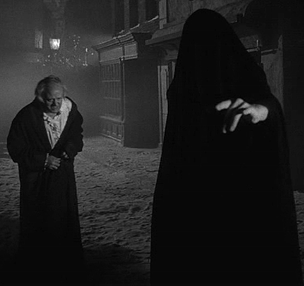 In a conversation with an office manager of a former client I learned about this decision Monday.  There may be much more to the answer, however on the substance of what she and I know the decision to move would seem absurd.

In Heath Brothers authored a new book, Decision Making: Decisive: How to Make Better Choices in Life and Work they examine decision making revealing humanity does not have an impressive track record.  Do you agree?

Here are some disappointing numbers on Decision Making:

"Decisive" indicates perhaps the only decision making process in wide circulation is pros and cons which is credited to Benjamin Franklin.  It’s a tool used in some sales training.  Franklin called this technique “moral algebra.” The pros-and-cons approach is familiar. It is commonsensical. And it is also profoundly flawed.

Research in psychology over the last 40 years has identified a set of biases in our thinking that doom the pros-and-cons model of decision making.  Decisive calls these the Four Villains of Decision Making.  They are:

The key to better decision making is being aware of these Four Villains and then following the Heath Brothers formula, a mnemonic WRAP.

Interested in overcoming the four villains and making better decisions?  Join me next blog to discover how to WRAP your decision making process up better.