It is a recurring theme I almost wrote about yesterday.  Today several speakers addressed it again - the importance of discipline and the value of strategic thinking and preparation over strategic planning.  David Sokol, Warren Buffet’s Mr. Fix it and the man consistently mentioned as Buffet’s eventual replacement, Chip Heath [Switch] iz Wiseman [Multipliers], and Verne Harnish all delivered insightful messages today.  I’ll offer more from each in my blogs ahead.

The recurring idea offered by Verne and David Sokol is critical to your business.  David Sokol indicated the greatest lesson he’s learned from Warren Buffet is discipline.  He noted how voraciously Warren reads and how diligent and disciplined he is in preparation.  Buffet refuses to be influenced by others unless he feels someone has a deeper knowledge than he does on a subject.  He forces conversations to be all about you.  He is relentless in interviews looking to discover possible discrepancies.  He has what Liz Wiseman calls the number one differentiator in multipliers – intellectual curiosity. 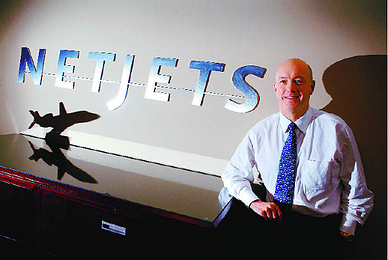 Warren Buffet is the world’s most renowned investor because he prepares.  Taking this to the action level David noted Warren recently entrusted him to invest $10 Million of Berkshire Hathaway’s funds.  Sokol decided to invest only $6 of the $10 Million only because he discovered that the multiples for the investments he was making were so good he began to not trust his own judgment.  He stopped short of investing the entire $10 M.   The investments actually returned a better ROI than even he had anticipated.  When Warren and David reviewed the investment Buffet asked him what he had learned.  He had left a lot of money on the table.  David noted that when you know what you are doing, “go after it.”

Verne Harnish’s lesson on strategic planning is similar. Napoleon is considered the finest strategic general.  It is not because he was better at planning but rather he was better at strategic thinking and preparation.  Napoleon studied history, battles, tactics and strategies of the very best generals.  When Napoleon went into battle he had a repertoire of battle strategies to fall back on. When confronted with his enemy’s movements he would respond with strategies he’d learned from history, experience, and best practices.  He won because he responded brilliantly due to his ultimately being better prepared.

Verne’s point is that today as leaders we must be always thinking ahead.  Our executive teams should be talking about the future, anticipating moves and responses ahead of what might happen either from competitors, the economy, or marketplace.  The better prepared and the more we think, the better we will be in responding and planning.