A Story of Courage – The Disciplined Pursuit of Less

Do you have the courage and conviction to say no?

Would you like to be able to provide your daughter or son with a memory that would last a lifetime?

Her father made plans to take her out for a night in San Francisco.  Cynthia was just 12 years old.  Her father planned the date for months. 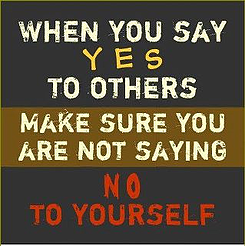 They have everything planned out including her attending the last hour of a presentation he is giving that afternoon. At the end of the presentation they would meet at the back of the room and leave quickly before anyone talked to him.  The evening included catching a trolley to Chinatown, eating their favorite food, Chinese, shopping for souvenirs, seeing the sights and catching a movie.  After that they’d grab a taxi, back to the hotel where they’d jump in the pool for a swim.  Her dad like to sneak in after the pool was closed she mentioned.  After all that they’d order a hot fudge sundae from room service and watch the late, late show.

They had discussed this all several times.  The anticipation was part of the pleasure of it all.

Everything was going on plan, when her father was leaving the convention center, he runs into an old college friend and business associate.  They hadn’t seen each other in years.  They embraced and his friend said, “I’m so glad you are doing some work with our company now.  When Lois and I hear about it we thought it would be perfect.  We want to invite you, and of course Cynthia, to get a spectacular seafood dinner down at the Wharf!”

Cynthia’s father replied, “Bob it’s so great to see you. Dinner at the wharf sounds great!”

Cynthia felt dispirited.  Her daydreams of trolley ride, ice cream sundaes evaporated instantly!  Moreover she hated seafood and could just imagine how bored she be listening to adults talk all night.

But her father continued, “But not tonight.  Cynthia and I have a special date planned don’t we?”  He winked at Cynthia, grabbing her hand and running out the door to continue on an unforgettable night in San Francisco with his daughter, just as he’d promised.

Who was Cynthia’s father?  None other than The Seven Habits of Highly Effective People author,

Cynthia told this story to Essentialism author Greg McKeown only weeks after her father had died. So it was with deep emotion she recalled that evening in San Francisco. His simple decision “Bonded him to me forever because I knew what mattered most to him was me!” she said.

Wouldn’t it be wonderful if we all could be remembered so powerfully by are children?  Imagine that, all because Covey had the courage to say no and to live his mantra.

McKeown notes that since becoming an Essentialist he’s found it almost universally true that people respect and admire those with the courage of conviction to say no.

The right “no” spoken at the right time can change the course of history.  As McKeown notes, “Without courage, the disciplined pursuit of less is just lip service.”

McKeown notes: Why is it so hard in the moment to dare to choose what is essential over what is nonessential? A simple answer is we are unclear about what is essential. When this happens we become defenseless. On the other hand, when we have strong internal clarity it is almost as if we have a force field protecting us from the nonessentials coming at us from all directions. With Rosa (Parks) it was her deep moral clarity that gave her unusual courage of conviction. With Stephen it was the clarity of his vision for the evening with his loving daughter. In virtually every instance, clarity about what is essential fuels us with the strength to say no to the nonessentials.

McKeown offers another story about Peter Drucker turning down a prestigious opportunity to be interviewed for a book by a well-known professor   Drucker believed that “people are effective because they say no.”  His response included words that we all should be aware when making decisions, “…productivity in my experience consists of NOT doing anything that helps the work of other people but to spend all one’s time on the work the Good Lord has fitted one to do, and to do well.”

What are your values you treasure most?  Have you conflicted yourself by saying yes, 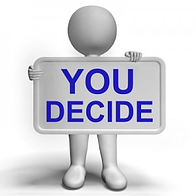 compromising your standards because you failed to be clear about your essential you value most?

What’s your personal purpose?  What are your values?  Have you defined them?

For a long time one of the greatest values I felt the Michael Gerber’s E-Myth provided was defining the business owners Primary Aim.  Countless books have been written on the value of knowing your Personal Mission including The Power of Full Engagement.

Gazelles has developed a tool that while not quite the same its intention is to help define your values.  It’s called Living Legacy and is a One Page Personal Planning Tool.  If you’d like a copy of it to define your values and begin the journey to Essentialism and perhaps give your children a lasting legacy, download it here.

Speaking of courage, we are often required and compelled to create change in our organization.  Preparing to discuss Great By Choice’s SMaC Recipe at a Trimester meeting with one of my customers it is  clear that change is often a major reason for failure in many organizations.  Discover what to change and why a SMaC recipe is crucial to your organization next blog.