Less is More: Sleep is for Failures and the 90% Rule

Have you ever had anyone brag to you about how little time they spend sleeping?  They might say, “Sleep is for failures,” or “Sleep is a luxury I can’t afford,” or possibly “Sleep breeds laziness.”

Did it make you feel guilty about your sleep patterns?

You may recall K. Anders Ericsson’s study on violinists, popularized by Malcolm Gladwell as “the 10,000-Hour Rule,” Anders found that the best violinists spent more time practicing than the merely good students.  What was the second most important factor differentiating the best violinist from the good violinist? 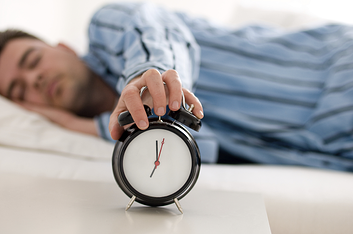 Back to K. Anders Ericsson’s study, the second most important factor differentiating the best violinists from the good violinists is actually sleep. The best violinists slept an average of 8.6 hours in every twenty-four-hour period: about an hour longer than the average American.

Over the period of a week they also spent an average of 2.8 hours of napping in the afternoon: about two hours longer than the average. Sleep, the authors of the study concluded, allowed these top performers to regenerate so that they could practice with greater concentration. Not only did they practice more, they also got more out of those hours of practice because they were better rested.

Sleep deprivation has been likened to drinking too much alcohol, this according to an HBR article called “Sleep Deficit: The Performance Killer,” Charles A. Czeisler, the Baldino Professor of Sleep Medicine at Harvard Medical School.  A week of sleeping just four or five hours a night actually “induces an impairment equivalent to a blood alcohol level of 0.1%.

Greg McKeown notes we would never say, “This person is a great worker! He’s drunk all the time!’ yet we continue to celebrate people who sacrifice sleep for work.”

Sleep is about the brain. A study from the Luebeck University in Germany suggests that a full night’s sleep may actually increase brain power and enhance our problem-solving ability.  The study revealed that twice the number of people who had slept for eight hours solved the problem than the volunteers from the sleep-deprived group. Why? The researchers explained that while we sleep our brains are hard at work encoding and restructuring information.

I’m a big supporter of naps.  When I was in college I worked my summers at a lumber yard that was close to my home.  I received an hour for lunch and it took less than five minutes for me to get home.  My mother always had lunch waiting the instant I walked in the door.  I usually had 30 -40 minutes free time once I’d finished eating.  Getting up at 6 or so to be to work at 7 AM each day I decided to take a nap in those few minutes before going back to work.  I trained myself to be able to sleep 15 minutes or so.  When I woke up I was refreshed.  It felt like I’d slept an entire night not just 15 to 20 minutes.  Albert Einstein was famous for doing something similar.

Not surprisingly science shows that even a nap can increase creativity.  “Even a brief period of deep sleep, in other words, helps us make the kinds of new connections that allow us to better explore our world.”

More support for sleeping longer comes from Jeff Bezos, the founder of Amazon.com. Bezos says: “I’m more alert and I think more clearly. I just feel so much better all day long if I’ve had eight hours.” Mark Andreessen, cofounder of Netscape, and a reformed sleep restrictor who used to work till the early hours but still be up at 7:00 A.M., is another. “I would spend the whole day wishing I could go home and go back to bed.” Now he says of his level of sleep: “Seven [hours] and I start to degrade. Six is suboptimal. Five is a big problem. Four means I’m a zombie.” On weekends he sleeps twelve-plus hours. “It makes a big difference in my ability to function,”

Last blog we shared how the process of eliminating items from your closet is the 90 Percent Rule.

You can apply the 90 Percent Rule to just about every decision or dilemma. “As you evaluate an option, think about the single most important criterion for that decision, and then simply give the option a score between 0 and 100. If you rate it any lower than 90 percent, then automatically change the rating to 0 and simply reject it. This way you avoid getting caught up in indecision, or worse, getting stuck with the 60s or 70s.”

I love this example from the book, “Think about how you’d feel if you scored a 65 on some test. Why would you deliberately choose to feel that way about an important choice in your life?”

How many times do we make a decision where we aren’t 90% sure?  I’ll bet if you look back at the poor decisions you’ve made most of them were in the below 90% category. The important point here is that if you’re doing something you don’t feel 90% sure about then you’re probably not putting in your best effort, determination, and commitment.

As an example if you’re not 90% sure about hiring someone, there’s a part of you that will begin to question your decision the first time the candidate falls short of your expectations.  Is that really fair to them?

We can eliminate a lot of half efforts and false expectations if we simply decide to only focus on those decisions we are 90% sure of.

How Essentialist are you? Take the Quiz

Working with my customers I’ve had the pleasure in helping several to discover their Core Purpose.  Many of you are probably unaware of how Johnson & Johnson Core Purpose caused them to make a decision that would cost them $40 billion dollars.  What kind of Core Purpose would you need to have to decide to spend $40 billion dollars to correct a problem and still be the right decision?  That’s next blog.