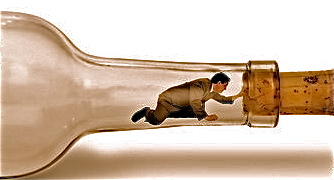 Discovering your X-Factor can provide a ten-time advantage over your competitor.  We explored how one of my clients discovered his and with it much more in a newsletter, Discover Your X-Factor.

The X Factor concept is as old as John D Rockefeller.  Many people find Rockefeller to have been ruthless in his business practices.  Discovering his X Factor was an innovation that allowed Rockefeller to control the oil industry.  As described in Verne Harnish’s Mastering the Rockefeller Habits, the key to winning in the oil business at that time was gaining an advantage in transportation costs.  Rockefeller was heavily invested in railroads because of this.  His decision to vertically integrate by producing his own oak barrels, rather than using green timber like his competitors, having the oak sawed in the woods, then kiln-dried, reduced the weight and sliced Rockefeller’s transportation costs in half. This produced a 10x advantage over his oil competitors.

Once again here’s how Verne describes the X Factor in his Fortune Magazine article on Seven Strata of Strategy:  To establish and hold onto your competitive edge, you need to aim for at least a 10x underlying competitive advantage over your rivals. At his previous lawn care company, Happy Lawn, founder Barrett Ersek reduced the typical sales process from three weeks to three minutes by using the latest digital technology and tax map data to estimate lawn measurements while customers were on the phone – instead of having salespeople visit prospects’ homes to take manual measurements, write up quotes and then schedule appointments. It’s not surprising that industry giant ServiceMaster recently bought the company, which had $10 million in sales, from him. At Holganix, Ersek’s new company that manufactures and distributes organic fertilizer, he’s identified another X-Factor.  But like the one-PHRASE strategy, it’s best to keep it secret, really secret.

Let’s look at a couple of examples of X Factor One is the Aussie-themed chain restaurant Outback Steakhouse, founded by veteran chain restaurateurs Chris Sullivan and Robert Basham. They had been through several difficult chain restaurant expansions.  They realized something was broken in the chain restaurant industry. Quality of food and quality people were hard to scale the larger the chain became. They started trying to find a solution to the quality issues to try to find some common elements. After a significant amount of study and debate, they found their answer. The problem with the chain restaurants that they needed to fix was restaurant manager turnover.

At the time (late 80s) the average tenure for a store manager was 6 months. Better store managers improved the quality of the people that worked in the restaurant, and that in turn helped to keep the quality of the food and customer experience high. In most chain restaurants, competent restaurant managers got promoted to area manager positions in order to make more money, or they left to start their own restaurants. Big chains were spending millions to recruit/train new managers – so they realized if they could retain their store managers for more than the typical 6 months that they would have a competitive edge. In 1988, Outback initiated a breakthrough compensation plan based on their prior experience in the industry. 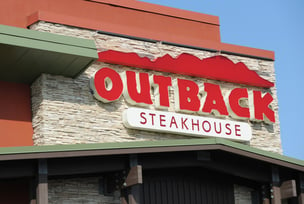 They asked key managers to sign a 5-year contract and to invest $25K in the restaurant they would manage in exchange for 10% of the store’s cash flow and a higher than industry average base salary. The deal could turn a $45K-per-year employee into millionaires. Ultimately, the experiment worked tremendously. 95% of managers stayed with Outback for 5+ years, giving the company a 10x advantage over its rivals, and 80% of employees renew their 5-year contacts. Outback is so confident of its restaurant manager’s tenure that they put manager’s names in gold leaf in a restaurants entranceway

Verne’s comments above describe the story of a small business: Happy Lawn, owned by Barrett Ersek, a Philadelphia suburb native and a serial small business owner who defines an entrepreneur as “someone who borrows off his/her credit card to pay payroll.”  In 2001, Barrett was frustrated. His lawn care business had flat-lined at $2M 3 years in a row. He tried everything to drive sales, but nothing seemed to work.  Something in the sales process was broken. It cost $300 and 3-4 weeks to acquire a customer that would spend $400 annually with Barrett’s company, and since the company’s gross profit was around 50%, it took 6 quarters (18 months) to cover the acquisition costs.

While Barrett was struggling, he met Verne Harnish who taught Barrett about the X-Factor and got him thinking about how to gain a significant advantage over the competition. Barrett, instead of focusing on the problem, decided to focus on asking the right question. “How can I make the sales cycle cheaper and faster by 7-10x?” He started asking everyone he knew and he finally found it. Barrett sold his company and does public speaking about his story, allowing us to share his X-Factor.

In 2003, at a “Birthing of Giants” program that Verne was running up at MIT, Barrett was asking everyone he could find about his X-Factor question and bumped into a guy who mentioned aerial photography maps which later became the basis of Google Earth. No one knew about it at the time. The aerial photos made it possible to measure lawn size and see significant landscaping issues (like swimming pools) in any place in the country without having to send a representative to the property. The concept revolutionized Barrett’s sales process. He could now give a prospect an estimate right over the phone in 3 minutes when it used to take 3-4 weeks. When he heard about aerial maps, the answer to his X-Factor question, Barrett left MIT immediately, purchased a voice recorder, and dictated his business plan in the car on the way back to Philadelphia. With his new process, he sold 1000 lawns in 3 weeks. He got a patent on his process, and his sales grew from $2M to $10M in just a few years.

To discover your X-Factor ask questions like: “What is the largest cost component in my industry?” or “What is the part of my industry that I hate the most?” Go to your industry trade association tradeshows – look at the breakout session topics over the last several years and look for patterns. These are “top of mind” problems for your industry, and all of your competitors are faced with the same challenges. Next, begin looking for solutions that will give you an exponential competitive advantage (7-10x) for your industry. Once you figure it out, don’t tell anyone.

After discovering your X-Factor immediately begin to work on finding the next one. Just a few short years ago we featured Blockbuster as a leader because they developed a revolutionary approach to distributing video content to consumers by negotiating a new way to license and use studio content in a flat fee plus revenue share (upside) economic structure. Less than a decade later, Blockbuster is obsolete and bright, innovative companies like Netflix mastered a better, cheaper, more customer-friendly way to distribute video content to consumers.  Less than 3 years later, yet another innovative company, Redbox, challenged and expanded the market further by placing Redbox kiosks in high traffic areas (e.g. at McDonald's, Walgreens, Walmart locations, etc.), using self-service $1 packaging to rapidly grow market share.

The final step in the Seven Strata of Strategy is Profit per X and BHAG.  We’ll explore these in our next blog.