Two Government Disasters – With and Without Scrum

If you were over 6 years old in 2001 I’m sure you remember 9/11 all too well.  I recall vividly where I was and the chaos and fear of the subsequent days.  Do you recall what the 9/11 commission determined?

Jeff Sutherland in Scrum: The Art of Doing Twice the Work in Half the Time describes the report this way:

The 9/11 Commission drilled down after the attack and tried to discover the core reason it was allowed to happen. Analysts, said the Commission, couldn’t get access to the very information they were supposed to analyze. “The poor state of the FBI’s information systems,” reads the report, “meant that such access depended in large part on an analyst’s personal relationships with individuals in the operational units or squads where the information resided.”

Before 9/11, the FBI had never completed an assessment of the overall terrorism threat to the United States. 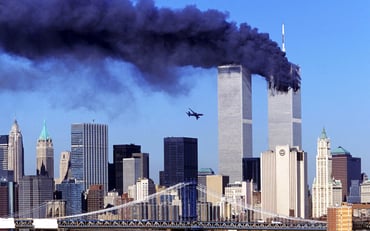 There were a lot of reasons for this, from focus on career advancement to a lack of information sharing. But the report singled out lack of technological sophistication as perhaps the key reason the Bureau failed so dramatically in the days leading up to 9/11. “The FBI’s information systems were woefully inadequate,” the Commission’s report concludes. “The FBI lacked the ability to know what it knew: there was no effective mechanism for capturing or sharing its institutional knowledge.”

At the time senators asked the Bureau a number of uncomfortable questions.  The FBI answered with  “Don’t worry, we have a modernization plan already in the works.”

That plan was called the Virtual Case File (VCF) system, and it was supposed to change everything. FBI Officials only needed another $70 million on top of the $100 million already budgeted for their plan.

Three years later, the program was killed. It didn’t work. Not even a little bit. The FBI had spent $170 million in taxpayer money to buy a computer system that would never be used. It was an unmitigated disaster. And this wasn’t simply IBM or Microsoft making a mistake. People’s lives were, quite literally, on the line. As Senator Patrick Leahy of Vermont, then the ranking Democrat on the Senate Judiciary Committee, told the Washington Post at the time: “We had information that could have stopped 9/11. It was sitting there and was not acted upon.… I haven’t seen them correct the problems.… We might be in the 22nd century before we get the 21st-century technology.”

In 2005 the FBI hired Lockheed Martin to launch a new program, Sentinel. This time they were convinced it would work. The price tag? A mere $451 million. And it would be fully operational by 2009..

On March 3, 2010, the FBI abandoned the project.  Sentinel was supposed to prevent another 9/11. It turned into one of the biggest software debacles of all time instead. Lockheed Martin had spent $405 million. They’d developed only half of the project, and it was already a year late. An independent analysis estimated it would take another six to eight years to finish the project, and the taxpayers would have to throw in at least another $350 million.

Why had it failed?  Sutherland offers, “It wasn’t that these weren’t smart people. It wasn’t that the Bureau didn’t have the right personnel in place, or even the right technology. It wasn’t about a work ethic or the right supply of competitive juices.” Instead, “It was because of the way people were working. The way most people work. The way we all think work has to be done, because that’s the way we were taught to do.”

At its root, Scrum is based on a simple idea: whenever you start a project, why not regularly check in, see if what you’re doing is heading in the right direction, and if it’s actually what people want? And question whether there are any ways to improve how you’re doing what you’re doing, any ways of doing it better and faster, and what might be keeping you from doing that.

That’s what’s called an “Inspect and Adapt” cycle. Every little while, stop doing what you’re doing, review what you’ve done, and see if it’s still what you should be doing and how you might do it better. It’s a simple idea, but executing it requires thought, introspection, honesty, and discipline. I’m writing this book to show you how to do

The end results of Scrum—the design goal, are teams dramatically improve their productivity.

At the FBI CIO Chief Chad Fulgham hired Jeff Johnson, a Scrum expert, to fix the Lockheed Martin mess.   In Spring of 2010 Fulgham told the Department of Justice Inspector General they could complete the Sentinel project by bringing development in-house, cutting the number of developers, and, by doing so, they’d deliver the most challenging half of the project in less than a fifth of the time with less than a tenth of the amount budgeted. You can imagine the skepticism in Congress. In the October 2010 report, after laying out their nine points of concern with the proposal, the IG watchdogs conclude: “In sum, we have significant concerns and questions about the ability of this new approach to complete the Sentinel project within budget, in a timely fashion, and with similar functionality.…”

It took Johnson’s Scrum team a little longer to accomplish the task.  More importantly is how they did it and at what cost.

The Inspector General report from the fall of 2010 is a study in disbelief: The FBI stated that it will employ an “agile methodology” to complete the development of Sentinel, using fewer employees from the FBI, Lockheed Martin, and the companies that have supplied the major off-the-shelf components of Sentinel. Overall the FBI plans to reduce the number of contract employees working on Sentinel from approximately 220 to 40. The FBI said that, at the same time, the number of FBI employees assigned to the project will also decrease from 30 to 12.… The FBI told us it believes it can complete Sentinel with the approximately $20 million remaining in the Sentinel budget and within 12 months of beginning this new approach.

It took Johnson’s team 18 months to complete the project of Sentinel.  In July of 2012, Sentinel was turned on.

The effect of Sentinel on the FBI has been dramatic. The ability to communicate and share information has fundamentally changed what the Bureau is capable of. In January of 2013 an FBI field office was called in when a small-business account was hacked. A million dollars was transferred to another country before US banks could stop it. Using Sentinel, the local office coordinated with the legal attaché in the destination country’s embassy, who then alerted local law enforcement authorities, who, in turn, stopped the transfer before it hit the banking system. This all happened in a matter of hours, something that simply couldn’t have been done in the days of three paper copies and red pens. It was the difference between catching a crook and letting him get away with it.

Sutherland refers to another great example the launch of Healthcare.gov, the website where Americans are supposed to be able to sign up for health insurance. Sutherland offers, The front end was beautiful. It was clever, clear—a great design. It was completed in three months using Scrum. The back end, though—that was the debacle. It simply didn’t work. It was supposed to hook up databases in the IRS to state databases, to insurance company databases, to the department of Health and Human Services. This is a complex piece of work. It involved more than twenty contractors working on different bits and pieces, and they planned it all using Waterfall techniques. They only tested the site at the very end for a few days, rather than doing incremental testing along the way.

The tragedy is that everyone knew better. The people who work for those contractors aren’t stupid; they knew better. The problem was, everyone said, “Not my job.” They delivered their piece and left it at that. They never looked at the site from the user’s point of view, merely from their own. The reason they could do that was that they weren’t aligned—weren’t united in a common purpose. What Scrum does is bring teams together to create great things, and that requires everyone not only to see the end goal, but to deliver incrementally toward that goal. There was no one in charge of the Healthcare.gov project who insisted everything be tested as it was built, and, unfortunately, as failures go, the site is hardly atypical. The people who fixed Healthcare.gov? They used Scrum.

What’s a sprint?  It’s a fundamental principal for utilizing Scrum designed to accelerate productivity.  We’ll discover the origins of Scrum and what a Sprint is and can do for your business next blog.