Start-ups like Uber and Airbnb have found ways to use technology to bypass many of the huge costs of starting a business.  The impact of these company’s you have eliminated the high cost of inventory, equipment and people has put them on level footing with even the biggest competitors in their industries.  It’s allowed them to cut out a significant market share and send many of their rivals reeling. 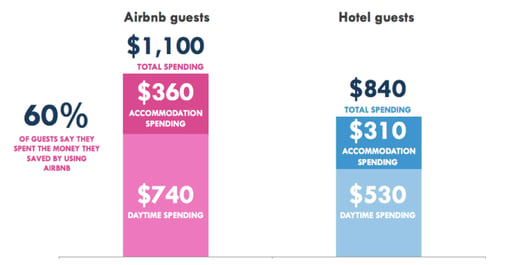 David Butler is the author of Design to Grow: How Coca-Cola Learned to Combine Scale and Agility (and How You Can Too).  He is the VP Innovation and Entrepreneurship at Coca Cola.  For more information about the book and a Q & A with Butler check out Innovator’s dilemma: Coca-Cola is using its existing assets to co-create start-ups.

While Butler didn’t come out and specifically state what his position’s purpose is, it is obvious Coca Cola has taken this new breed of innovation seriously.  Coca Cola has Butler looking for opportunities while not similar to Airbnb and Uber, it’s intention is to take their innovative approaches and apply them vigorously to Coca Cola’s present physical capacities and move them to the digital application where possible. 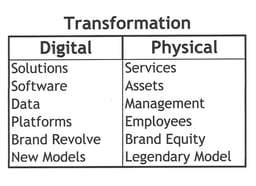 See the chart on the right to see some of the contrasts between operating in the physical realm against the new principles of the digital model.

Butler believes where we are today is the the 2nd wave of innovation to the Internet.  The first wave Butler acknowledges as having started around 1995.  You may recall how websites became the rage, Excite was the first dominate search engine, and IBM coined the phrase e-commerce.

The second wave Butler marks as starting around 2005.  The iPhone was introduced in 2007, Uber began as a digital business model.  These models of business ushered in a new age of agility for businesses.

Butler believes we are now approaching another new wave.  A wave of innovations ushered by big brands like Coca Cola partnering with global startups  to help each other with the physical assets that a company like Coke has.  It includes $20 Billion in Brands, in 207 countries (North Korea is the lone holdout), 3500 products, 700,000 employees, 24 Million customers  and over 1.9 Billion users every day.

Companies like Coca Cola and Procter and Gamble have a major challenge when products runs out on the shelf of their retail customers.  Coke estimates they lose $1 Billion in revenues from out of stock merchandise.  In the San Francisco bay area Coca Cola is part-owner in the start-up of Wonolo, which solves its real-time stocking problems.  Coke worked with some experienced founders, entrepreneurs that have been there and done that. Wonolo helps them to get their products on the shelves within an hour of being notified.  Butler estimates this partnership has saved Coca Cola approximately $23 million In potential lost revenue.

Another practical application is Coca Cola vending machines numbering about 15 M worldwide.  Coke worked with a company, Hivery.com to help the collect data on their vending machines.  This data analysis resulted is an additional $500 sales per machine for Coke in Australia alone. 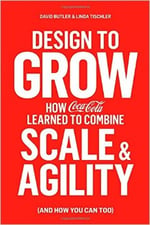 Coca Cola is already harvesting out of box ideas to meet this new wave of innovation by leveraging their current assets to work with the new digital transformation that is subjugating the physical business model that has been prevalent in our economies.

What’s your business model look like now?  Is it heavily dependent upon the physical column in the Transformation Chart above?

If it is you can expect to undergo rapid, and sweeping changes in your business model in the years ahead.  The assets you label as such now, may only be so in the future if you can find partnership models to extend their ability.  Robots and Artificial Intelligence in the next 15-25 years may make workforces obsolete.  That may sound like a heady prediction, however who of you could have predicted the impact businesses like Uber, Airbnb and Netflix have had on their industries?

If you’re not prepared to innovate and be at the leading edge of these innovations, expect to be swept along and behind with the current of change.

Ask yourself this: Why is a company like Coca Cola, the #1 Brand in the World, working to become agile?  Does Coca Cola know something you don’t?

I recommend whatever your company position in the marketplace you consider an idea Verne Harnish has trumpeted frequently.  Form a Strategic Advisory Council within your company to meet at least once every other week for 2 hours to brainstorm and consider innovations like these that can move your business from the physical to digital.  If you’re already digital, consider this Advisory Council to help you continue to think outside the box to take advantage of new and existing technology to stay on the leading edge in your industry.

One of the most entertaining presenters at the Fortune Scale Up Growth Summit in Atlanta didn’t bring any slides at all.  He did bring a host of ideas including a system to achieve bottom line change in your organization.  Ari Weinzweig, founder and CEO of Zingerman’s Deli is our next Growth Summit speaker with a novel but effective approach to achieving change from the bottom up in your organization.