How do you assess risk?

Sam Zell, author of Am I Being Too Subtle, Founder, Chairman, Equity Group Investments (5 companies on the NY Stock Exchange) and chosen as one of Forbes 100 greatest business minds, considers himself a professional risk-taker.

Verne Harnish interviewed him, live in front of our St Louis Scale Up Summit.

While Zell’s history and story is fascinating, I found his method for assessing risk insightful.

How Does Zell Look At Risk?

Zell invests more time on how bad his investment decisions could be, versus how good they can be. By doing so, he fully understands the risk he is taking.

He feels his success is due to his ability to appropriately assess risk. 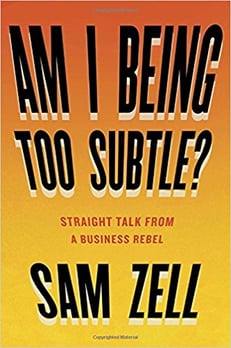 He shared his purchase of a 79 store department store as an example of how he assesses risk. His team did a fire sale on the business before buying it.  He wanted to understand the consequences of a worse-case scenario. What if the business had to be sold because it couldn’t produce his forecasts.

When the numbers from his team came back, the total package of a heavily discounted price was $50 million less than his purchase price.

He asked himself: Is it worth $50M to buy a highly leveraged business?

As it turned out everything he hoped would happen, didn’t.  They ended up selling the company losing the $50 million.

Zell’s comment, “You can never get too good, but it can get too bad!  How exposed are you?”

Question; “Are you getting paid for the risk?”

Verne Harnish asked Zell his feelings about the present market.  Zell would love to buy more real-estate.  However he feels he is suffering from knowing the numbers.  He can’t see how buying will make any more money.

When Verne asked him what the biggest opportunity in real estate is today, Zell quickly replied, “Selling!” 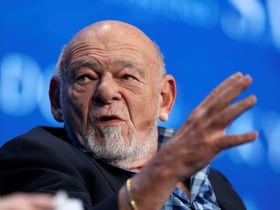 Zell believes real partnership is shared risk.  When you choose a partner – you give up the rule of law for the growth opportunity.  His best partner was a college roommate whom he purchased apartments with while they were still in college.  Three years after they sold the apartments he called Sam.  They became partners again until 1991.  Zell honors him by placing his birthday (4/21) on the tail of his airplane.

Zell feels someone who has skin in the game, can protect you from the vagaries. He doesn’t believe in formulas, depends on situation. He prefers a tailored approach.

Zell shared a story.  In 1961 he went to UCLA for summer school. He hitched hiked from LA to NY.  One of his rides, left him in NY. As his ride was cruising through the turnpikes through one of the tunnels, suddenly the drivers radiator explodes. The driver never said a word, goes to trunk, grabs a can, walks into the mountains.  Zell followed him, wondering what he was going to do.   The driver ventured a ways in, fills the can with water from a brook, comes back and fills his radiator.  All this time, the driver who picked him up, never said a word.

Zell, who lived in New York was perplexed.  He asked his driver, “How did you know?  How did you know to do what you just did?”  (Zell offered he would’ve waited for AAA)  The driver finally spoke, “We’re in the mountains, how far can we be from water? I’ll walk into the woods and find some.”

The simplicity of what he thought, stuck with Zell.

This story became a mantra for him.  Simple ideas.  If someone can’t identify what they want me to think about in two sentences I don’t have time for them.   Shortest distance between two points is a straight line.  Zell simplifies everything he does.  As he put it, “A watch with more parts is most likely to screw up then one that doesn’t.”

Zell feels the greatest asset anyone has is a good name.   When you set example it has a greatest value.

He would like to be remembered as being a man of his word.

Zell believes  to build a better mousetrap is BS.  You have to sell.  Zell’s view, “I’m selling confidence.”

To negotiate – simple, try to understand what your deal breakers are, what theirs are.  Some methodology in between to satisfy both.  Always leave something on the table.

Zell is an enormous consumer of capital.  He believes when you give away a little to create a lot of happy campers.  Zell is creative too!  He’s created a T-shirt for every IPO.  In doing so he gets people to read his S11.

Looking for experts to scale up your business?  Contact dwick@positioningsystems.com.  Or take our Four Decisions Needs Assessment to discover how your business measures against other Scaled Up companies. We’ll contact you. 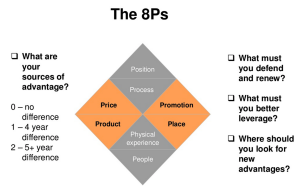 In Calculate Your OUTthinker Score - Assessment we asked you to discover how your business ranks against your competition using the 8 P’s from Kaihan Krippendorff’s Outthinker Process. The first week of November one of my customers did exactly this, engaging in a lively discussion, bringing much more perspective and value to the Strengths, Weaknesses and Trends strategy session.  I’ll share what we discovered, why you should use this tool as well in your Strategy Planning for 2018, and why Urban Outfitters is growing faster than their closest competitor and generating 30% more profit because of their 8 P’s score.