Accountability – Solve it – What else can I do? 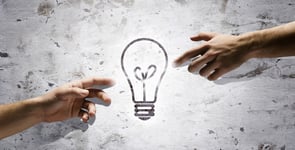 Today we explore Step 3 Solve it. What is Above the Line Behavior? Watch this short 2:21 Clip

Culture is the sum of the experiences, beliefs, and actions enabling an organization to achieve its Key Results.

Culture is the way people think and act to get things done. 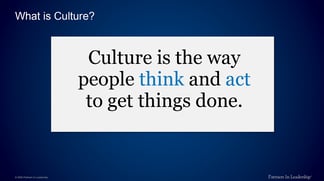 Above the Line Behavior gets things done.

Either you manage your culture, or it manages you.

The Apollo 13 story illustrates the power of Solve It.

Do you remember the now-famous statement made by Jim Lovell from Apollo 13? “Houston, we have a problem.”

Minutes later, he discovered that the spacecraft was venting a gas, which turned out to be the Command Module’s oxygen.

The authors share: From the moment the spacecraft suffered its crippling malfunction to the moment three American astronauts landed safely in the water, the support team at NASA continued coming up with ingenious solutions to what seemed like unsolvable problems. At a crucial life-or-death moment when the CO2 filters in the Command Module Odyssey failed, threatening the crew with suffocation, someone suggested replacing the failed filters with those designed for the Lunar Module. When that proved infeasible because one filter was round and the other one square, one of the NASA scientists focused entirely on finding a solution. He dumped all the items available to the astronauts on a table and said, pointing to the objects, “We have to make this filter fit with that filter with nothing but that.”

Fit This Into the Hole for This using Nothing but that...

Fueled by their Total Ownership of the situation and their unified mission to bring the three astronauts back safely, the support team diligently sought solution after solution to overcome one problem after another. When all three astronauts returned safely, the Apollo 13 mission became known as the Successful Failure.

When was the last time your department or business had a problem to solve?

Did your team respond with commitment and ownership?

High achievers channel their creative thinking into answering one deceptively simple, yet powerfully propelling question: “What else can I do?”

By constantly and rigorously asking the Solve It question, they avoid slipping into the victim cycle as they encounter and address obstacles on the road to success.

Four Solve It principles will help you stimulate the creative thinking needed to achieve Key Results:

For more details on these principles check out Solve It: The 3rd Step to Accountability, or make sure to pick up the book or audio

A winning habit starts with 3 Strategic Disciplines: Priority, Metrics, and 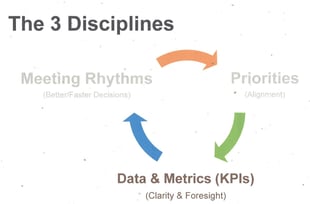 NEXT BLOG – Do It

Solve it, is not the endgame. The next step in Accountability is, Do it. Next blog we’ll explore four Do It Principles to help you achieve the final accountability step in Above the Line Behavior.