What inhibits you from speaking out?

A subject that doesn’t interest you, an argument you know you can’t win?

As a leader in your company the question should be reversed to your executive team, specifically as it relates to conducting meetings.   The question that is probably difficult if not impossible to answer is how much does your leadership position inhibit your team from participating in meetings?

Dominant leadership is often believed to be a good quality. 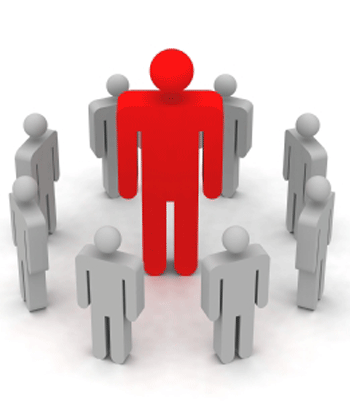 The evidence of businesses achieving lasting greatness with a dominant leader is filled with disappointment.  Jim Collins in Good to Great, Great by Choice, and How the Mighty Fall documents countless businesses that failed by having a dominant leader.  In some cases these companies thrived under the dominant leader while he/she was in charge.  Once they exited these companies shriveled up and died.  Dominant leadership works while you’re in charge.  It doesn’t work very well if you’re looking to sell the business when buyers take note of the lack of capable lieutenants you have to carry on the business.

Are you the leader/facilitator in your meetings?

Consider why you’ve chosen to undertake this role.  Is it because you’re the most organized and best speaker in your leadership team?  Is it to ensure the meeting moves in a timely manner with you being the judge on which topics demand attention?  Is it to keep your position of authority? (This maybe a subconscious reason to ask yourself) Is it simply because you are the leader and never consider that someone else might be well suited for this role?

Patrick Thean, author of Execution Without the Drama, a long time Gazelles Coach has observed leaders in many organizations.  He estimates that when the CEO is the facilitator contribution from your team is reduced by 40%.  Furthermore he’s found that if you have the facilitator pen in your hand it reduces group effectiveness & people IQ by another 20%.

Why would that be?   People work for you because they respect you – so they have ‘respected opinion’ of what you say.  As the facilitator your comments, mannerisms, body language impact the meeting attendees.

As a facilitator of many business meetings I always attempt to keep the leaders comments to the end, after everyone has contributed.  I seek to receive everyone’s input simply to avoid tainting the responses with the leaders input.  Provided the leader wants to hear his team (Why would they have brought in an outside facilitator if not?), they are in a much better position to listen keenly to what their team is offering.  In the facilitator’s role, especially with pen in hand, one is occupied with keeping the meeting going and achieving outcomes.  Observing and listening are achieved at a much higher level if that is all the leader needs to concentrate on.  It also doesn’t prevent the leader from taking on the leadership role.

Meetings can fail if the leader doesn’t use his authority in making decisions on priorities and measurements.   However the leader doesn’t and perhaps shouldn’t be in the facilitator’s role simply because it inhibits the contributions your team will make.

What do your meetings look and feel like?  Are you leading every meeting?  Have you possibly lost good people because they didn’t feel they could contribute or because your opinion and authority position is so strong?

In The Shadow of Leadership we looked at one businesses leader who’d gained the respect of his team.  He embraced his weaknesses, announcing them to his team, making himself vulnerable in the process.  His leadership capabilities grew.  His team respected him more and their capabilities and willingness to be vulnerable grew as well.

Several of my clients have me facilitate their weekly, monthly, quarterly and annual meetings.  It helps them observe, and listen better.  Best of all it offers an objective person to help the team contribute more at these meetings.  Hiring an outside facilitator may not be critical to reduce the restraint and suppression of your team’s thoughts and ideas.  Yet it may be something to consider for at least your monthly, quarterly and annual planning.

Imagine the impact you receive when you step back and unleash the voice of your leadership team?

Something you should consider?