What’s Your One Thing for the 1st Quarter? GVHD Update

I’m excited.  When my clients respond and do something that is powerful and gets them excited I am too!   Yesterday I got a PowerPoint from one of my client’s sharing their theme for the company for their first trimester of 2013!  It was incredibly well done, simple, powerful, clear and concise! 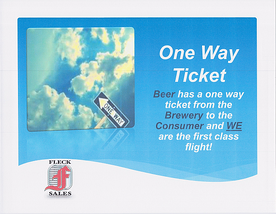 It’s their first effort to establish the Rockefeller Habits theme process although we’ve been working together for some time.  That’s often a good idea.  Start simple with the process of Strategic Discipline.  Less is More!  Get your leadership team fully understanding the fundamentals and then move forward with your theme to the company fully when you have your sea legs.

I’m not opposed to starting immediately, however it’s often prudent to invest 90 days getting familiar with just the meeting rhythms, priorities and metrics before launching a theme and then having it provide less than optimum results due to lack of focus or understanding of how all the components come together.

Have you determined you’re ONE THING for 2013?

Have you determined your ONE THING for the First Quarter?

A compelling reminder of this was my Wednesday visit to the University of Iowa Clinic for a doctor’s check up on my Acute Myeloid Leukemia and Bone Marrow Transplant progress.  The week between Christmas Eve and the weekend after New Year’s was challenging.  I was constantly at a low level of energy, stomach issues, diarrhea, lost appetite and general a lousy disposition.  I lost ten pounds in about 7-10 days.

The definition of Graft-versus-host disease (GVHD) is a complication that can occur after a stem cell or bone marrow transplant in which the newly transplanted donor cells attack the transplant recipient's body.

The chance of GVHD is:

I’m in that last 60-80% category.  My doctors seemed concerned when I wasn’t developing any symptoms.  I explain more on this with a story my wife wrote on caring bridge to offer why.  Seems that I may have been doing too good, which in this case is not good.  They were concerned that my immune system would be re-trenching itself, which would not be good for my long term survival.  So they dialed back on my medications and BOOM!  What should appear!  GVHD symptoms!  Stage II.

I now have minor GVHD rash, however by re-administering medications and adding some new ones most of the other symptoms have diminished or been eliminated.  I’ve been feeling much better.  In fact I feel like a new person again.

For those of you confused by Graft-Versus-Host Disease, my wife offered a simple although not historically accurate analogy on our caring bridge page:

America lives on happily ever after!

What’s my ONE THING for the first quarter? To ensure my transplant is successful! 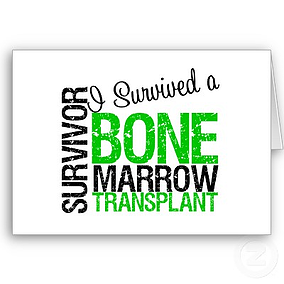 I have a number of company goals, yet no other priority is more important than maintaining my health and recovering so I can do what I enjoy most.

I promised more on disposing/exposing the shadow in your leadership abilities in Versatile Accountability Tool: Topgrading Job Summary Scorecard.  We’ll explore why It’s an important part of ascending the leadership ladder for you and your executive team and why Strategic Discipline and specifically meeting rhythms work so well to enable growth.