A plate of beans! 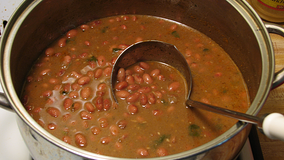 I can vividly recall the plate, and the feeling!   It was my first initiation to negative reinforcement.  Our radio station sales manager and the owner had devised a diabolical sales incentive.  If you hit your target, steak dinner!  If you didn’t, a plate of beans!

It wasn’t just a plate of baked beans, it was pinto beans, lima beans, yuck!  It was the worst imaginable combination.

I was just three months into starting my sales career.  This event made me wonder whether I should quit now!

Most of the sales staff ate beans.  In fact I recall only one person earning a steak dinner.  What was the sense in having this kind of a sales incentive?

You probably wouldn’t make a mistake like this.  Yet what kind of mistakes are you making?  Negative reinforcement can be subtle.  What aren’t you aware of?

Let’s look at each of the five clues to negative reinforcement and how they might manifest in subtle if not obvious ways you can notice.

The answer to this part of the equation is your businesses spiritual resources.  Do you have people working for you that agree with your Core Values and Purpose?  First Who than What.  People is one of the Four Decisions Gazelles and Rockeffer habits emphasize your business needs to get right to grow.  If your people are having fun and enjoy coming to work  you know you’ve got the right people on the bus.

With these examples to review, what have you discovered? How serious is your negative reinforcement problem in your business?

There’s a difference I find common among the companies and executive teams that are successful and those that are not.  It has to do with weight, but it’s not what you're thinking. That’s coming in my newsletter next week.