Discipline Rituals – What We Resist Persists

Blogs Priorities Discipline Requires Precision and Specificity, Priorities Are Disciplined Choices focused on key number two. Today let’s look at key #3 and why it’s so important to focus on something you do rather than something we continually try to resist.  My source on this is again Be Excellent At Anything, 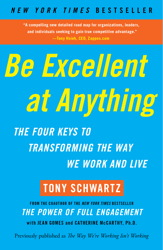 however you may have your first hand experience with this dynamic.

Cited here as well as in the book Switch is Roy Baumeister experiment on self control.  Subjects, who’d been deprived food for several hours were invited into a room with two plates, one filled with just out of the oven, fragrant, delicious, chocolate chip cookies, the other filled with one of my favorite vegetables, fresh radishes [not!].  One group of subjects were invited to take several of the cookies but not the radishes, while the other group were offered just the opposite, take two or three radishes but no cookies.  The researchers then left the room.  Surprisingly no one violated the rules!

When the researches returned they asked these subjects to complete a series of puzzles.  They didn’t know the puzzles were impossible to figure out.  The result?  Chocolate chip eaters sustained their persistence for 19 minutes, the radish eaters just eight minutes!  I reported on this issue and the results in my newsletter, People Lazy or Exhausted?

Just when you thought you knew why you're people weren't doing something, you discover you maybe wrong.  People are necessarily lazy, instead they're exhausted!

Don’t define what you intend to do, instead, create an intentional behavior you  plan to do.  You'll discover you aren't as vulnerable to being tempted to go back to a poor behavior or routine you are trying to break.

Okay, I’ve pointed to three keys to building effective rituals.  There are actually 2 more to discuss.  We derive a certain set of comfort or safety doing what we’ve always done. That’s why change is so difficult.  Many of us have experienced what might be called immunity to change.  Even the most powerful commitment to change is often counter balanced by an unconscious or subliminal commitment not to change.  Exposing our fears to not changing is key number four in building effective rituals which we will discuss next blog.