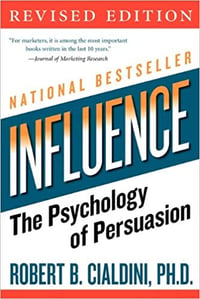 How do you establish credibility in a short period of time? To be seen as an expert you must show knowledge and be trustworthy. To build these takes time however. For Principle #3 Robert Cialdini suggests we learn from the experts – mass advertisers. They have 15 to 60 seconds to gain credibility when advertising, so how do they do it?

Before presenting their strongest feature they mention a drawback first. The study of human psychology recognizes that you will be listening better if first you hear something that is truthful and detracts from your product or service. It also adds belief to your most powerful argument for you. Consider the success of these two ad campaigns: “Avis, we’re #2, we try harder.” Or more recently,“L’Oreal, expensive, but you’re worth it.” 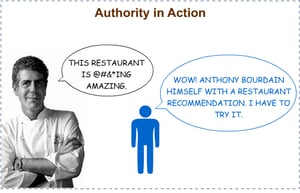 One of the shrewdest investors of our times knows this technique. When Warren Buffet  sends his annual report he always starts with the bad news first.  Then describes what went well. He understands that his message will be given much more authority and credibility if he first tells his audience what didn’t go well at the beginning of his message.

Here’s a public relations lesson that I hope you never have to learn. If you are forced to be in a situation where your firm or business has made a mistake, don’t do what Bill Ford of Ford Motor Company did. Learn from advertisers how to respond. Dr. Cialdini cited several occasions where Ford, faced with growing uncertainty about their financial situation, responded in the wrong way. With the financial community wavering in its support, Bill Ford’s response was, “We feel very good about our plan, but we have a long way to go.” Still another time when they had reported quarterly profits he announced, “We’re moving very swiftly and making good progress, but we’re not ready to declare victory yet.”

Ironically Dr Cialdini reports that Bill Ford only had to reverse the sequence of his remarks to gain the credibility that he desired. Had he done so he not only might have gotten the financial community’s backing but may still be in power at Ford Motor Company. In other words had he said, “We’re not ready to declare victory, but we’re moving very swiftly and making good progress” his response would have generated much more positive results.

Does authority work for persuading consumers to purchase? Remember the BOSE ad we discussed in an earlier blog, how it increased response 45% by changing the headline? They added to the left hand column on that same ad a list of testimonials from industry and magazines experts.  Leads increased another 60%.

Is there somewhere on your webpage, in your ads or collateral material that a testimonial or referral from an authority could give your business the spike it needs to acquire more leads?