Stretch Goals – Give Them a Head Start - Positioning Systems

How do you motivate action?  Whether it's your employees or customers it's a good idea to make them feel like they have a head start to the finish line.

We've all seen loyalty cards. In Switch, Chip and Dan Heath offer the story of a car wash offering their customers two slightly different loyalty cards. In one case, every time the customer buys a car wash the loyalty card is a stamped and when filled up with eight stamps they get a free car wash.  Another set of customers need to collect ten stamps to get a free car wash. In this case they were given a head start. When they receive their card, two stamps are already included.

The goal is the same, the psychology however is different. In one case your 20 percent of the way there, in the other you're starting from scratch. 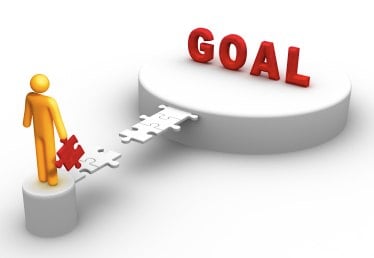 It's more motivating to be partly finished with a longer journey than to be at the starting point of a shorter one.

Have you ever worked on a United Way Campaign? In my blog What Your Business Can Learn From The United Way I mention Aubrey Daniels "What to do instead" section on Stretch Goals where he advises to Make Progress Visible. Chip and Dan Heath point out that the conventional wisdom in development circles is you don't publicly announce a fund-raising campaign for a charity until you've already got 50 percent of the money in the bag. As they point out who wants to give the first $100 to a $1 Million campaign?

Daniels offers three suggestions on "What to do instead" for Stretch Goals. I've included my thoughts on why giving people a head start works so well with these ideas.

Aubrey Daniels feels the best mistake in setting a goal is to set it too low. Setting a goal too low increases the likelihood of success. Rewarding goal attainment you increase motivation and achieve subsequent goals. While small incremental goals appear to take longer to produce significant results, the opposite is true. This is because positive reinforcement accelerates performance and small goals provide more opportunities for acceleration. [Note giving the loyalty customers a head start on 10 car washes not only got a 44% increase in reaching a free car wash it also got them to their goal faster!]

Display data on a graph so that employees/customers can see progress daily when possible. [loyalty customers could see their progress and in the case of those given a head start they could see visible progress even when they'd just gotten started.]

Specific measureable goals combined with frequent feedback and positive reinforcement for improvement from a powerful combination for improvement in the organization. [Daniels provided these specific numbers] Stajkovic and Luthans [1997] found that goals combined with feedback resulted in 10% improvement. Social recognition produced a 17% improvement and monetary incentives improved task performance by 23%. Combining feedback with social and monetary reinforcement resulted in a 45% improvement. [It's not coincidental that this number nearly matches the difference (44%) in the eight versus ten loyalty card example.] Daniels indicates that improvement of two to three times baseline levels is not uncommon when graphic feedback and effective positive reinforcers have been used.

Next time you're ready to set some goals for your people, give them a head start. Make them feel like they've already made progress.