Does the System or Talent Contribute More to Business Growth?

What’s more important, having a great system or talent? 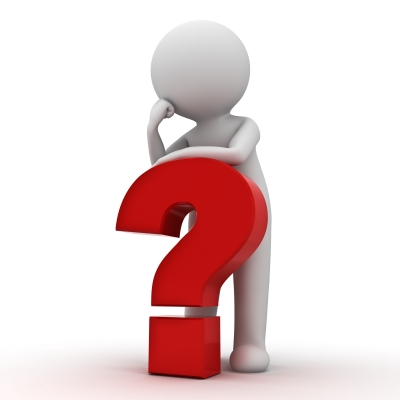 Does choosing systems fly in the face of Jim Collins, “First Who than What” principle from Good To Great?

Driving back from several client meetings last Thursday Colin Cowherd on ESPN radio expressed his view on how a system is fundamentally better than talent.  He specifically addressed America’s Soccer team and the promise it has.  Fundamentally he stated that having the system is more important pointing to sports teams like the NFL’s New England Patriot’s, MLB’s St Louis Cardinals and most recently the NBA’s San Antonio Spurs.

What do you feel?

My experience as an E-Myth Coach for ten years and a Gazelles Coach since 2008 puts me in a unique position to evaluate both methods: system and talent.

Rather than take the easy way out and acknowledge they're both important and contribute to business success, let’s address this from the question:  If you had to choose one or the other which would you choose, talent or system?

The power of the system is evident in the examples Cowherd offers with sports teams.  You can quickly offer up examples of businesses that achieve great success through the power of their system, McDonald’s being the easiest example to identify with.

Having read McDonald’s: Behind the Arches by John Love, disciplined systems were an integral part of McDonald’s success. At the same time there were some very important and dynamic people who innovated and developed many of the ideas for success, not the least of which was Ray Kroc himself.  Kroc had key players, that talent drove business growth.

The development of the McDonald’s signature French fry was a long and challenging process which not only included the frying ingredients and methods, but the content of the potato itself.  It was developed by one of their accounting people.   The Big Mac and Egg McMuffin are creations from franchisees.  Does this not place an emphasis on talent?

Cowherd might be right that systems are fundamental to success, yet when we look at the sports organizations he speaks about all of them have talent as well.  Belichick is the principal behind the Patriots system.  And who can argue that without Tom Brady, arguably the premier NFL QB, New England wouldn’t have won Super Bowls.  The same arguments could be made for the Cardinals in baseball and the Spurs in the NBA.  The later having dethroned an extremely talented team, the Miami Heat which won the crown the previous two years.

The system is critical. Yet without talent the system isn’t successful, at least not to championship caliber.

My argument for people is from my experience with E-Myth Coaching.  You can have great systems, yet it takes good people to develop those systems.  I’ve seen many a business owner work on creating great systems only to fail operating the business because he was too consumed with building systems.  You need systems, yet with good people they design the systems to help your business grow and achieve success.

The right people don’t need to be managed.  Just think of the time that frees up for you to work strategically on the business.  As Collins notes in Good to Great, the moment you need to micro manage your people, it’s time to make a people change.

Maybe in sports you need the fundamental system in place, yet I don’t believe you can achieve the pinnacle of success without talent.  Arguably the mastermind for success needs to be the talent itself.  I’ve read Billy Beane’s Moneyball.  The genius and talent for the Oakland A’s success is Billy Beane and his system.  He created the system.  Most other teams in the MLB have copied it.  That’s substantially leveled the playing field.  Yet without talent the A’s have achieved success but still no World Series Championships.

If you start with either talent or system, I’d start with talent.  Get the right people on the bus, and allow them to develop the system.  That’s the key to building a great business.  What’s your feeling on this?  Agree or disagree, please comment.

Speaking of talent and great people, we’ve discussed Give and Take previously in this blog.  I believe we all know someone who could be the standard for being a giver in our lives.  Her name is “mother.”   I lost mine this past Monday and will honor her life this coming Monday at her funeral.  A tribute to her and the giver we all love next blog.