Did you know that givers earn more or that the best givers started giving early and continue to give.  Plus these givers feel giving is a significant factor if not responsible for their success?

The last statement should help anyone that feels takers achieve more success, and provide substantial motivation to become a giver.

Here’s a look at some answers from Adam Grant’s Give and Take. 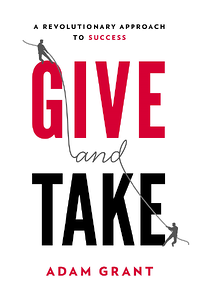 One principle should not be overlooked in giving.  Psychologists Netta Weinstein and Richard Ryan have demonstrated that giving has an energizing effect only if it’s an enjoyable, meaningful choice rather than undertaken out of duty and obligation.

Let’s suppose you are going to perform five random acts of kindness this week.  You can do a myriad of things, help a friend with a project, donate blood, visit someone in the hospital, write a thank you note to a former teacher, or help a charitable organization.  You can choose one of two ways to organize how you give: Chunking or Sprinkling.

Packing all five acts into a single day each week is Chunking.

Distribute your giving equally across five different days; giving a little bit each day is Sprinkling.

Which would make you happier?

Psychologist Sonju Lyubomirsky studied people who did precisely this.  At the end of six weeks only one group felt happier, despite performing the exact same number of helping acts.

Chunkers felt happier, Sprinklers did not. 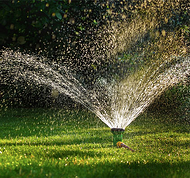 The theory according to Lyubomirsky is, “spreading them over the course of a week might have diminished their salience and power or made them less distinguishable from participants’ habitual kind of behavior.”

Chunking is otherish behavior, explained in Give and Take – What About Giver Burnout?  In contrast, selfless givers often sprinkle their giving, helping whenever people need them. This can become distracting and exhausting, robbing selfless givers the attention and energy that’s required to complete their own work.

Lesson #1 Chunk your giving rather than sprinkle it.

How much should you give then?

Can giving make you richer or more successful?  Two very successful entrepreneurs think so.  The book provides the story of Jon Huntsman Sr., author of Winners Never Cheat and reportedly worth $1.1 billion, as well as Richard Branson, CEO of Virgin Group and reportedly worth $4.2 Billion.  Huntsman offers, “There’s no denying that I am a deal junkie, but I also have developed an addiction for giving. The more one gives, the better one feels; and the better one feels about it, the easier it becomes to give.”

Branson offers the, “thing that gets me up in the morning is the idea of making a difference,” Branson writes, “to help safeguard our future on this planet. Does that make me successful? It certainly makes me happy.”

Economist Arthur Brooks tested the relationship between income and charitable giving. Data from almost thirty thousand Americans in the year 2000, and controlling for every factor imaginable that would affect income and giving. He accounted for the number of times people volunteered. As you might expect, higher income led to higher giving. For every $1 in extra income, charitable giving went up by $0.14.   But something much more interesting happened. For every $1 in extra charitable giving, income was $3.75 higher. Giving actually seemed to make people richer.

Lesson #3: Money may not buy happiness, but giving brings happiness, success, and wealth.

More lessons from Give and Take in future blogs. This week we had a lot of rain in Cedar Rapids, Iowa again.  It provided my wife, Michelle, the opportunity to be a giver.  What I learned from her and an article about how to give negative and positive feedback next blog.