Don’t Give Me That Crap!

Today I wanted to get your attention.

Memorial Day Weekend while meditating I realized where I had been and where I am now and how I’d accomplished it.

I can tell you what your excuse is.  You don’t want it bad enough. 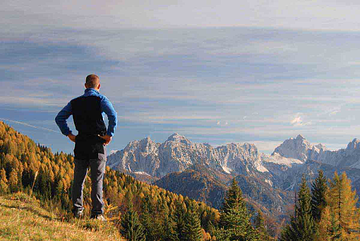 You don’t have enough passion or sense of purpose to accomplish it.  You’re complacent.  You’re too happy to be where you are living the status quo.

That’s the only excuse you have for not reaching out and grabbing what you’ve always wanted.  You have the talent and ability to achieve whatever it is you want, you simply don’t want it bad enough or you’d already have it.

That goal, wish, or dream you have, it wouldn’t be yours if you weren’t capable of achieving it.  God doesn’t make mistakes.  He doesn’t give you a dream without the capacity to achieve it.

I’m living proof of both the success and failure to achieve what I want.  I want you to learn from what I’ve learned.  Then quit giving me that crap that you can’t achieve what you want.  The truth is if you really wanted it bad enough you’d have it or you’d be on the way to achieving it.

Napoleon Hill’s Think and Grow Rich provides excellent foundations for achieving any goal you set.  However there’s a much shorter condensed version of this success formula that provides everything you need to know to achieve whatever you want.

It’s Mike Hernacki’s The Ultimate Secret to Getting Absolutely Everything You Want.

Think back over your life and ask yourself what have you wanted and what have you achieved?   Think of your success and failures.  The separation between each is that your successes you wanted badly enough that you’d do anything to reach them, and your failures are those you simply didn’t have the determination and commitment to earn.

In Joe Dispensa’s book Breaking the Habit of Being Yourself he describes how he taught his children meditative and positive thinking methods.  One of his children wanted to study abroad in Italy one summer while attending college.  She told her father her desire.  He suggested she meditate on it.  She came back to him and said she’d figured out how to get there, unfortunately it required her tp pay for it.  He told her she hadn’t done her homework and preparation. He then told her to rededicate herself to the process.  Just before her school ended she met someone who just happened to have an internship program in Italy and would pay her to teach English to students including her travel to and from Italy.  A Coincidence?

In Hernacki’s book he recommends writing down your goal and then writing down everything you need to do to achieve it.  Upon reviewing your list of to do’s to achieve your goal determine whether or not you are willing to do all of them.  If not, don’t even attempt to reach your goal.  It’s a simple principle: In order to accomplish something, you must be willing to do whatever it takes to accomplish it.

He offers a story of a young woman living in San Francisco who was determined to get a new apartment by the coast.  She approached a rental that appeared perfect for her and was in an ideal location.  When she investigated she discovered they had a waiting list for residence.  Some were already on the list for as long as two years.  In many cases the only way to get the desired location was to move immediately when someone was leaving, that’s how quickly and in demand these apartments were.  She asked if there were any way she could move in sooner.  The manager explained when a vacancy occurred she would select the next person on the list, but if they couldn’t move in immediately she would move further down the list and select someone who was willing to move in immediately.  If she stopped in every day she could possibly get the apartment when one opened up.  She lost hope; she wasn’t willing to drive over to the location every day.  She gave up.

Five years passed.  She lived in five different apartments, unhappy wherever she lived.  She approached the same location only to find the same conditions existed.  This time she was resolved to do whatever was necessary to get in.  Once again the manager told her she could put her name on the list and if something came open and she could move in she would be called.  Instead of being discouraged, this time the young woman agreed and put her name on the list. Even though the manager warned her,t even if she stopped in every day for two to three months she might not have an apartment open up.  This time the woman responded, “That’s alright; I’m willing to do whatever it takes.”  That was a Friday.  The office was closed Saturday and Sunday. On Monday at 9:01 she got a call.  “I have an apartment open” the manager said, “And I got to thinking how in a way, you’ve been on this waiting list for five years already, and since you wanted an apartment so bad, you were ready to come up here every day, and well, if you can move in right away…”  The woman responded immediately, “If that’s what it takes, I’ll do it.”

This example reinforces Napoleon Hill insight in Think and Grow Rich, "The moment you commit and quit holding back, all sorts of unforeseen incidents, meetings and material assistance, will rise up to help you. The simple act of commitment is a powerful magnet for help."

It took this young lady 5 years to achieve what she wanted, yet once she made the commitment she achieved it in just 3 days.

Lack of commitment is one of the Five Dysfunctions of a Team Patrick Lencioni speak about in his book by the same name.  In our weekly meetings with customers we have a specific agenda item focused on accountabilities.  One of my customers wanted to give the practice more teeth and came up with a list of 3 questions when someone had failed to met their deadlines.  We review these in my next blog.