A Contrast in Business Culture - An NFL Lesson

Could there be a greater contrast in the culture of two teams than the NFL’s Seattle Seahawks and the Miami Dolphins?

By now you’ve perhaps read the outcome of the Ted Wells Investigation. 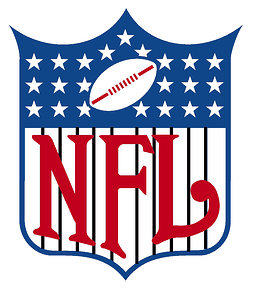 If not you may want to read the following articles in Peter King’s Monday Morning QB: The Fallout From The Ted Wells Investigation and Ted Wells Report: A Culture Gone Wrong.

A quick briefing on this:  Several players, including one instigator, Richie Incognito, bullied a fellow Miami Dolphin player, Jonathan Martin, so frequently and abusively that he considered suicide and eventually abandoned the team during the season to escape the incessant harassment.

Arguments have been made that pro football is a different environment with a different set of rules than the normal workplace.  The kind of harassment and verbal abuse that supporters of the NFL locker room old culture state has been going on for years without this type of escalation ever occurring.  If you’ve played football I’m sure you are aware of incidents in high school or college where athletes were teased and subjected to physical and verbal abuse in the interest of “toughening them up.”  After all you’re only as strong as your weakest team member.  If they get stronger the team gets stronger, right?

Here’s an excerpt from Major Powell’s letter, “There is another code of behavior that is successfully and rigorously imposed on young men, often not completely mature, who work in hazardous environments—that of the U.S. Military. There is no tolerance in the Armed Forces for racism, sexism or sexual harassment. This isn’t just something the politicians and the generals preach. Those in the ranks realize the terrible costs that these behaviors exact from our most valuable asset—our women and men in uniform—and we are quick to police ourselves.”

Powell continues, “If our warriors of all ages, all levels of maturity, all ranks can uphold codes of racial, gender and sexual-preference equality,” Major Powell writes, “can’t our heroes on the football field strive to do the same?”  Read the entire letter.  I believe you will determine, like I have, that no matter the previous code of conduct in NFL locker rooms this type of culture is long overdue to be permanently deceased.

Contrast this attitude and negative atmosphere with that of the Seattle Seahawks and their leader quarterback Russell Wilson.   Wilson’s team took on his attitude and chose it as a rallying cry to attack their Super Bowl Run.  In Super Bowl XLVIII: Russell Wilson has a ‘why not us’ mentality Wilson recalls his father’s repeated message to him, “Why not you, Russ?”   In speaking to his team early in the season he asked, ‘Why not us? Why can’t we be there?’”   His team adopted his positive approach and achieved greatness.

Does culture make a difference?  Does the environment in your company set the stage for achievement?  The NFL standings provide proof of how much culture influences growth and achievement.  The Miami Dolphins stumbled to 8-8 record, losing their final two games, when they appeared to be in a comfortable playoff position just two weeks before the season ended.  The Seattle Seahawks finished 13-3 and won their final three playoff games to win the Super Bowl.

I’m reminded again of Bruce Lipton’s The Biology of Belief, “Positive thoughts have a profound effect on behavior and genes but only when they are in harmony with subconscious programming. And negative thoughts have an equally powerful effect. When we recognize how these positive and negative beliefs control our biology, we can use this knowledge to create lives filled with health and happiness.”

Don’t believe your culture isn’t important, and don’t believe there aren’t ways to discover what’s going on in your work environment and how people feel about working for you?  Miami Dolphins Coach Joe Philbin is culpable for the entire reprehensible mess.  As noted in Tuck Your Shirt In, Success Forces Continued, and Brown M&M’s - Tripwire for Business Discipline there are ways to determine the climate of your people if you’re concerned and smart enough to establish systems to monitor your team.

Develop a culture you can be proud of.  Hire people who believe in your Core Values.  Monitor your culture by measuring individual Core Values in your review process.  Most important of all be the leader who manages by wandering around, reinforce the conduct and values you want, by observing, recognizing and rewarding proper behavior on site and immediately upon witnessing it in the workplace.

Bloom discovered every enterprise has at least one strategic asset-one existing strength-that can form the foundation for future growth. He calls this an Inside Advantage. This strength usually lies unrecognized in an activity the business is currently performing or in a concept or an idea that the business already owns. Finding this hidden potential and becoming well known for it will grow the business.

Discovering your WHO, WHAT, HOW and IMMAGINATIVE ACTS are Bloom’s formula for developing your Inside Advantage to grow your business.  We’ll discuss the WHO next blog.