It Starts With the Right People

A fundamental principle of Good to Great and The Rockefeller Habits is the first place to grow your business is People.  People is one of the Four Decisions in growing your business, that you must get right or risk leaving significant revenues, profits, and time on the table. If you don’t recall Jim Collins quote from Good to Great, you should keep it somewhere on your desk as a constant reminder, “First who than what.”
People, Collins states, are more important that the product or service you provide.

On Friday afternoon I received a call from one my closest and best friends Steve Swed, Madison, Wisconsin. 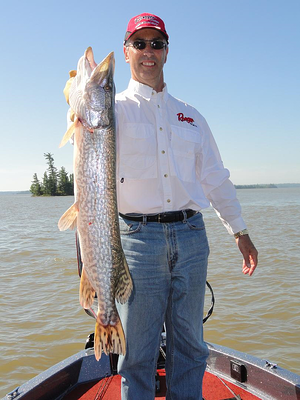 He’d just found out he’d lost his job.  Having lost a job several times I could be empathetic. For Steve however it was his first dismissal after nearly 40 years working for AnchorBank.  Even though he expected it to be coming he was sad, disappointed, mixed with a sense of relief.  AnchorBank struggled since the 2008 recession.  He’d been prepared to be let go several years ago after Anchor had significant commercial loan losses. Through vigorous internal communication, initiative, persistence, self-preservation, and perhaps good fortune he’d gotten a reassignment, albeit at a much lower salary than he’d been receiving as a VP Regional Lending Manager.  He was grateful to be employed.  Still working at Anchor wasn’t the same.  Steve lost a great deal of his retirement from all the stock he invested in at AnchorBank.   He was disappointed to learn that while AnchorBank had gone into receivership, several of the top officers had golden parachutes.  They were protected due to their position and entitlement.

In our discussion Steve recalled how when AnchorBank was able to finally open checking account his just happened to be the first number Anchor issued.  His checking account is 000001.  He didn’t say it, but this was something he had been proud of.  Now? Not so much.

With new ownership coming in and “wanting to go in a different direction,” Steve felt relieved the storm of the last several years is finally over. The culture is changing.   The person who let him know had been his boss for 37 years.  The HR person who had him sign a release that his position wasn’t reduced due to age discrimination (Steve is 60) started at Anchor when he did.  Both are also leaving in 3 - 6 months.

His comment to me about working at Anchor struck a deep chord about culture and who you work with, “It’s not the bank I was loyal to, it was the people.”

Imagine that.  After nearly forty years at one place Steve felt more loyal to the people he was surrounded with each day than the institution.  Under the circumstances that may not seem so difficult to believe.  However many people ask why Gallup’s Employee Engagement Survey includes a question: Do you have a best friend at work?  The ties that bind us to our work are emotional.  And the people we work with often have far more to do with our loyalty than any of us truly understand.  Imagine the person you are closest to at work leaving.  Wouldn’t that impact your work day?  Perhaps even your feelings about the company, depending upon how they left?

People are the most important ingredient you have to building a growing, successful enterprise.  Often we might look at strategy, execution, and especially cash as the reasons we are struggling.  Yet underlying it all is people.  Who do you have managing and leading your organization in sales, operations, accounting, and administration?  Are they the right people in those positions?   Are the people underneath them capable and responding to their leadership?  Frequently if they’re not, you have the wrong person for the position.

At Positioning Systems and Gazelles we advocate using Topgrading to discover and hire the best people – “A Players” to work and lead your organization.  A-Players make you, your leaders and managers look better.  They produce more because they simply are better at what they do.  While it may take a bit more to compensate them, the productivity and smoothness with which your business runs means less time spent on personnel issues, which also contributes to more productivity.

Forgive me for this personal side comment.  Knowing Steve as I do, I’m sure the new ownership did not complete any due diligence of whether the team they inherited had any A Players.  From my experience with Steve, his high level of performance at Anchor, his persistence, intelligence, experience, intensity and high work ethic, the new ownership is missing out on someone who could help their business significantly.  A new broom sweeps clean.  Sometimes businesses in an earnestness to erase the past miss jewels right under their noses.

How do you select the right people?  Finding talent that lives your Core Values and performs at a high level isn’t easy.  It requires good recruiting and interviewing process, which is what Topgrading provides.  We’ll look at how Zappos uses their Core Values.  Specifically one question about their Core Values that provides insight on why you too should ask specific Core Values questions from your candidates.