Godzilla & AFLAC Duck - Create Something Out of Nothing 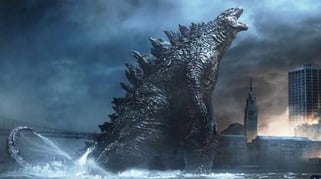 You wouldn’t believe Godzilla and the AFLAC Duck would have much in common.

One is a fictional giant monster, the other, a fictional mascot for a American Insurance company AFLAC.

The Lucky Dragon 5 incident, plus the nuclear bombings of Hiroshima and Nagasaki, fresh in the Japanese consciousness, created Godzilla as a metaphor for nuclear weapons.

Create Something Out of Nothing 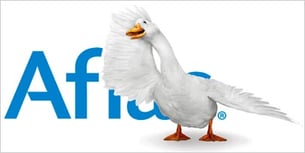 In Outthink the Competition: How a New Generation of Strategists Sees Options Others Ignore by Kaihan Krippendorff, Krippendorff explains how a $20 Billion American Company came to generate 70 percent of its revenues and 80 percent of its assets from its Japanese operations.

This success in Japan can be traced to an insight derived from simple mathematics. By the early 1970s the Japanese were living longer, and at the same time, the number of cancer deaths was growing dramatically. “The Japanese were scared that there was an epidemic of cancer taking place, back in 1974 when we were licensed [in Japan to sell cancer insurance],” Daniel P. Amos, Aflac’s CEO explained. “The fact is there wasn't an epidemic. What was going on was the life expectancy of the Japanese had gone from 58 or 59, and it had jumped to 84. People were then just living long enough to get cancer.”

The demand for a new type of insurance followed.  Amos continues, We became the first company to be licensed after the war,” Amos said. “At that time, they had two basic insurance markets—they had the non-life and the life. The life was called sector one. We created what we call the third sector . . . a cancer insurance policy . . . It paid X amount if you died for any reason, but if you died of cancer it paid ten times the amount.”

Aflac convinced the Japanese government, to give it a temporary monopoly for this new type of insurance. For seven years, Aflac would be the only insurance company to sell cancer insurance in Japan.

To Aflac’s credit, the 7 year cushion gave it the advantage it held on to and extended.  In 1990 Aflac commanded 90 percent market share of cancer insurance in Japan.  Just two years later when it changed its name from American Family Assurance Company to Aflac its market share was even stronger – 94%. A story, Aflac CEO: Business in Japan is Thriving, May 2016, notes Aflac is now the largest provider of individual insurance in Japan.

The Aflac’s Duck may appear to be the star of the company story. He’s not.  The heart of Aflac’s success is their strategy of creating something out of nothing. 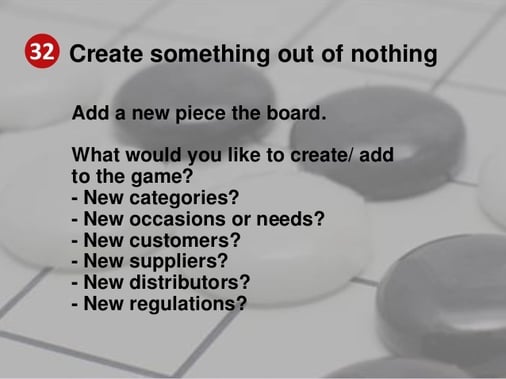 The strategy of creating something out of nothing has been a trusted move of outthinkers for millennia. It works because it freezes the competition, forces them into inaction, as they go through the mental reprogramming needed to reconceptualize their model of the world. 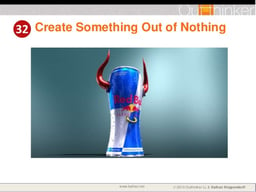 The reason to be intensely aware of the five most commonly used strategies by Outthinkers, such as Aflac, is best explained by Krippendorff in the conclusion of the chapter on Creating Something Out of Nothing:

Because much of what we buy today are social constructions rather than tangible goods and because even our purchase decisions around tangible goods are driven by softer cognitive forces such as nostalgia, springtime, and fresh air, the ability to create something out of nothing is becoming a necessary skill. Winning companies are using this tactic at an accelerating pace. Learn to recognize when your competitors are using it against you, or you risk falling behind.  Better yet, learn to do it yourself.

The 5 most commonly used strategies by Outthinkers to disrupt their competition to achieve success, according to Outthink the Competition: How a New Generation of Strategists Sees Options Others Ignore by Kaihan Krippendorff:

he Outthinker Strategy is a requirement to explore with all my Positioning Systems customers. As we approach Annual Planning for 2018, we’ll be working on the methods and principles shared in the book exploring disruptive opportunities to achieve greater success.  Every business needs to discover new ways to generate revenue and Outthink Your Competition.  If you’re looking for innovative ways to develop your business, contact dwick@positioningsystems.com.  Or take our Four Decisions Needs Assessment and we’ll contact you.

Next blog – Coordinate the Uncoordinated 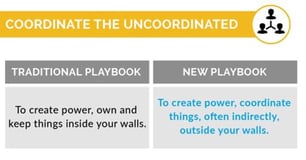 If you attack the obvious parts of the system, the only way to do better than your competition is to execute better. This is riskier and more tiring. If, instead, you step back and look at the entire system, paying attention to the invisible interconnections, you may find a way to win faster and with greater ease. Next blog we’ll look at another of the five strategies Outthinkers are using, paying attention to invisible connections – Coordinate the Uncoordinated.

Topics: OUTTHINK THE COMPETITION, Strategy Decision, Create Something Out of Nothing, OUTthnkers 5 most common Strategies, Aflac