Execution Question: When is Waste a Good Thing?

Last week’s newsletter (sign up here) which I publish monthly was How to Link Customer Feedback to Profitability.

Most businesses put a determined effort to improve efficiency and productivity.  It can become an obsession.  Is there ever a point where efficiency can be over emphasized?

A story in Fred Reichheld’s The Ultimate Question best answers this.  In Ireland there’s a grocery chain, Superquinn, founded and owned by Feargal Quinn until 2005.  Its focus is on the customer experience.  Years before Superquinn was sold they hired an executive who came from a larger grocery chain.  He was known for cutting waste.

The new manager began measuring waste throughout the operations and discovered the company was throwing out literally tens of thousands of pounds of freshly baked bread each day. 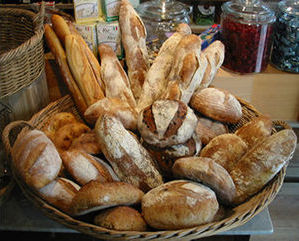 This new executive felt that the bread loaves were fine and ordered that any bread baked after 3 PM would be held overnight and sold the next day as long as it was sold before 3 PM.

Superquinn had a policy for fresh baked bread, however the executive felt this decision wouldn’t violate that policy because the bread was still not 24 hours old.

The result?  Immediately bakery sales declined!  Quinn recalled that, “Customers told us the smell of freshly baked bread was one of the reasons they came to the store.  Many of them timed their visit to pick up the soft, war loaves.  When they began to find cold bread at ten o’clock a.m., we had a problem”

The order was rescinded, and the bakeries adopted a schedule of baking fresh bread every four hours.  The stores began to smell better than ever!  Fresh baked bread became available regularly.

Is your focus on customer loyalty and satisfaction?  If so the customer experience should never be sacrificed in the name of short term profits.  It’s called bad profits – a strategy Reichheld holds that provides short term profit at the expense of long term growth and profitability.

What do bad profits look like?  Why is your customer satisfaction rating probably wrong if you’re not measuring it with the Net Promoter Score?  That’s coming next blog.