Delegating. Verne Harnish in Mastering the Rockefeller Habits and Scaling Up calls it one of the two most critical skills or leadership.  The other is forecasting.

Grade your delegation skill from 0-10.  How would you score your ability to delegate?  More importantly, how effective are you as a delegator? 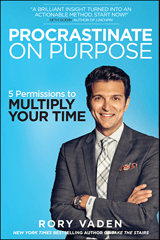 How much leverage does delegating provide for you and your business?

In his presentation to Growth Summit attendees, Vaden shared how he’d actually found his mother a husband and in the process a father for himself.  His point, “You can delegate anything!”

Many of us feel that we can do it faster and better if we do it ourselves.  We know we should delegate, however we’re confronted with the fear of someone else failing to do it as well as we would.

The slide offers the 30X Rule calculations to remember when you look at delegating any task.  In his book Vaden offers this interpretation on where he got the idea from:

An executive I sat next to on a plane shared with me this story about the 30x rule: A professor in one of my business classes taught me that “when trying to decide whether to delegate something to someone else or to do something yourself, you should use the thirty-to-one rule.” That is, if a daily task took a skilled person like yourself five minutes to complete, you should plan to spend at least a hundred and fifty minutes (five minutes multiplied by thirty) instructing a subordinate how to complete the same task. Now, the hundred and fifty minutes shouldn’t all be done at one time and could be spread over a few months as you help the subordinate master the task. He then explained the math behind it: “If a task were to take you personally five minutes a day for two hundred and fifty days in a working year, then that means you would spend 1,250 minutes per year on that task. “Rather than doing that, however, if you decided to spend a hundred and fifty minutes training someone to do that five-minute task, and they instead did that task for you, then that would give you an annual savings of eleven hundred minutes per year.” Simple, but brilliant. The process of spreading out the instruction is something that we at Southwestern Consulting refer to as “spaced-repetition training,” and it statistically has a much higher success rate, just as he suggests. The most powerful part of the story, though, is that although he used the word “spend” all throughout the story, I actually think a more appropriate word would be what we referred to in the last chapter, which was Invest. In fact, I’ve now been regularly using the acronym “R.O.T.I.,” which is short for the phrase “return on time invested.” Because it is an investment and it has a tangible, calculable return on that investment.

THE NEXT LEVEL OF RESULTS – MULTIPLYING TIME

This type of thinking Vaden describes as the paradigm and perspective of leadership thinking.  To achieve the next level of results it REQUIRES CHANGING YOUR THINKING.

It reminds me of joke I heard recently.

Part of this thinking requires you giving yourself permission to be imperfect.

What makes Multipliers different is not just their thinking; it’s also how they manage their emotions. It really isn’t about time management; it is about self-management. And Vaden started to research, ask, study and observe exactly how it was that these people were going about spending time on things today to give themselves more time tomorrow, I discovered that the most successful people in the world have all given themselves one big thing that the rest of us have not . . . Permission. Specifically, they have given themselves five permissions that the rest of us have not. It is those five permissions and the frameworks they use to determine when to employ them that enable them to do what no one else can: multiply time.

These Five Permissions stem from the Focus Funnel 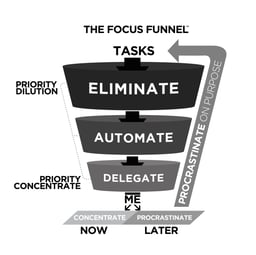 We’ve all heard the story of Edison and the lightbulb.  Why did he continue when he failed over 1000x?  because he didn’t look at it as failure, he realized he’d correctly identified 1000 ways it wouldn’t work, meaning he was that much closer to finding one that did.

Versus Patience: In action resulting from intention.

Multipliers, those leaders who have mastered getting the most from their time Vaden noted arrive on time or just slightly ahead of time.

I’ll be finishing my reading on Procrastinate on Purpose: 5 Permissions to Multiply Your Time. Should I discover more impactful ideas I’ll be sure to share them with you in future blogs. 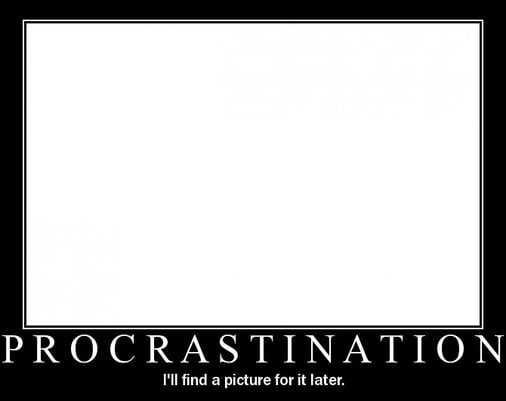 The next several weeks I’m traveling to several of my customers to work on first quarter and 2017 Annual Planning.  My concentration for writing blogs, the consistency and discipline I measure myself to complete two blogs of week will greatly diminish due to traveling to Connecticut, Washington DC, New Orleans, and San Francisco over the next two week.  Next blog we’ll explore daily metrics: Why the people you manage need to know whether they win or lose each day.