Negative performance increases behavior too; however it generates just enough behavior to escape or avoid punishment.  This improvement is described as, “just enough to get by.”

Which form of reinforcement is occurring in your business? 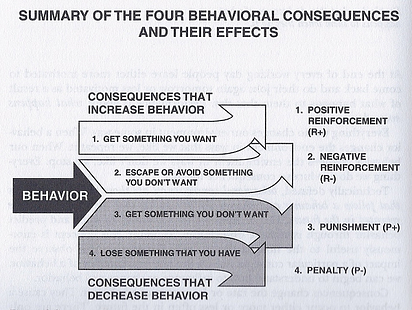 According to Aubrey Daniels’ Bringing Out the Best in People, the following indicators are clues that performance in your business is being driven by negative reinforcement:

How do you stack up?  To understand whether these five clues for negative reinforcement are present in your organization may require further analysis.  We’ll delve into that next blog.

Many executives argue and are repelled by daily huddles, weekly meetings and the meeting rhythms we suggest as Gazelles coaches.  They cringe and refuse to look beyond the results these meetings can achieve.  They fail to recognize the stability and structure meetings provide.   The right meetings contribute positive rituals for business growth.