For many businesses a customer who returns and frequents you consistently is the lifeblood of your company. While most of my customers work with me for a year or more, occasionally a customer leaves and returns.  One of those customers I discussed in my last newsletter Success Starts Where You Are.  Recently one of my former clients reconnected and we are just beginning the engagement process again.  What I find remarkable and hope you will too is the progress he made in the intervening period.  Most rewarding to me is discovering just how much of the principles he applied. The growth he achieved – 500% revenue improvement in the almost 5 years we’ve been apart, is remarkable.  Exploring what occurred and how he achieved it is the subject of this newsletter.

The remodeling business is very competitive.  One of the biggest challenges for Mike Jones and his company Harmony Remodeling was acquiring leads. 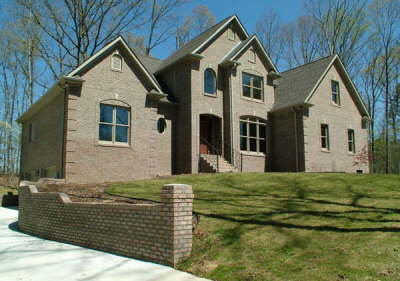 Mike has built a system to ensure he receives a steady stream of new inquiries for jobs in his area.  It’s a credit to him and to the principle of focus. What you focus on increases.  It’s why the One Thing concept is so powerful.  Mike’s dedication to his lead generation system   has made it one of his most consistent and dependable systems in his business.

One of his biggest sources of leads is Angie’s List.  It’s extremely powerful for generating leads.   It can be a two edged sword. Customers can express their disappointment in his service on the Internet.  It’s one reason he focuses on customer service so intently.  Even prospects who are not customers can complain, pretending to have been customers.  They can express disappointment with a Harmony Remodeling quote that didn’t come in as low as they’d hoped.  It’s a challenge to balance these new opportunities knowing some customers can never be satisfied.

People in any business are an important part of the equation.  A benchmark that has been effective to help Mike select the right team members including subcontractors is his Core Values.  Mike developed these just as we were closing our last engagement.  He’s found that having these set of guidelines helps him to identify whether employees and subcontractors have the same ideals.  If they don’t, the probability of their serving the customer in the same manner Harmony Remodeling would is greatly diminished.  Core Values help him institute standards in the relationships he has with his customers and production staff.

Hiring a foreman to work in the field has given Mike freedom to spend time in his office to work ON the business.  With his foreman, they've developed an estimating process that keeps them on track.  It still needs some tweaking and adjustments. The company needs to improve profit margins; however they’ve discovered when they follow the system it consistently bring projects in on time with the profit they’d estimated.  It’s another example of the critical impact system development and work process flow charts can have on a business.   Estimating accurately is paramount to achieve bottom line profit and assure customers are satisfied.  Mike and his foreman pride themselves in doing this proficiently making significant strides in improving the system in the six months since Mike hired him.

One of Gazelles fundamental principles for creating Core Values and Purpose is whether or not you’d be willing to fire someone who broke these ideals.

When I asked Mike the biggest lesson he learned in between our coaching engagements he asked his wife to respond.  Jennie indicated unconditional respect for customers.  When things don’t go as expected; a customer’s tile, cabinets, or appliance don’t look right for example, instead of getting bent out of shape and playing the blame game (many contractors do), Mike steps back and takes care of the homeowner at all costs.   Mike continues to refine and develop this into his core purpose.  It started as respect for the customer.  He’s expanded it to the idea of unconditional respect.  Getting his team of employees and subcontractors involved in this mentality is an ongoing quest.

Mike feels the coaching process provides a different point of view.  It helps to have someone looking over his shoulder to keep him more objective.  An example of this is the balance between winning a job and growing profit margin.  Is closing 60% at 20% profit better than closing 45% at 35% margin?  We’ll be looking at this as we work together.

From working together previously he finds he looks at challenges now simply as the lack of a system.  This allows him to remain unemotional and unattached to any issue.  He focuses on looking at the system first for a solution.  Frequently an issue can be resolved by creating a system to prevent the problem from recurring.

When Mike first started working with me he’d written a date down: December 2010.  That’s was when he planned to finish the 21 E-Myth Modules the program designated for completing E-Myth Mastery.  He’d always intended to come back he said.  He recognizes there’s a lot more to building his business then when he started.  He’s excited to learn how to grow and improve and reach the ideal brand and reputation for Harmony Remodeling that he’s dreamed of attaining.